Before getting into it, I want to express that all the ideas below are 100% mine. Entirely original. No external sources inspired any of this thought. I am the definitive sole author, and all credit should reflect that. No one before me provided any insight or shared any knowledge relating to what I’m about to share.

Ideas are entangled things. Epiphanies are not our own, but the sum of everything around us, connecting in what feels like a moment. Authors are portrayed as singular figures, when beneath the surface a complex history exists.

One of these ideas the Mirror team has been kicking around is the split; a way of not only attributing sources of inspiration and collaboration, but also directing economic value to them. This is a quick series of overlapping (and optimistic) ideas centered on the split. I’ll leave drawing the connections and the resulting epiphany up to you.

UbuWeb is one of my long time favorite sources of inspiration—a collection of experimental art spanning all forms of media and collected by the poet Kenneth Goldsmith. It’s been a big influence on digital archival practice, and if you haven’t yet found yourself several hours deep in an Ubu-hole, I suggest diving in. 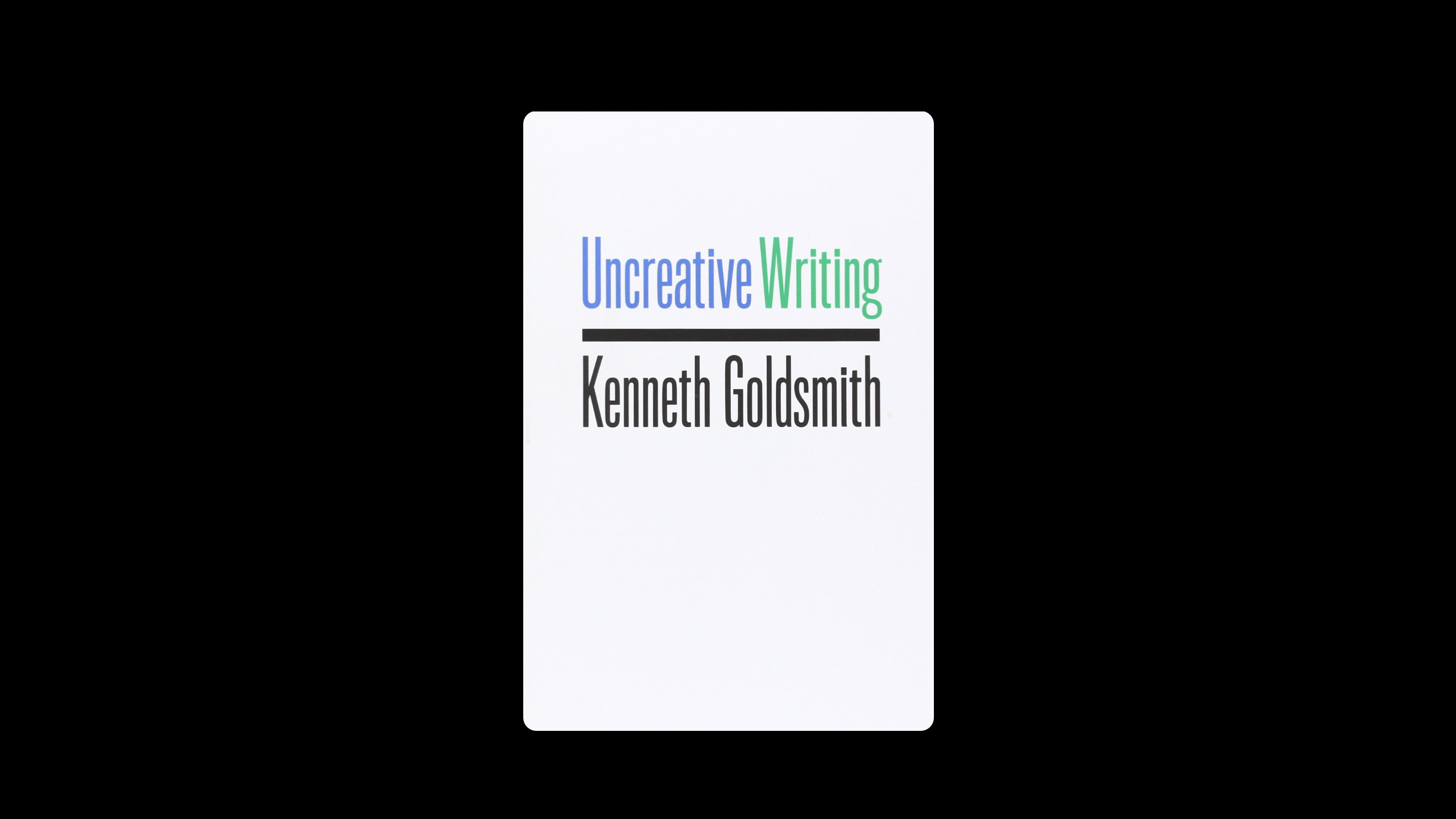 Goldsmith taught a course called “Uncreative Writing”, where his students were penalized for any originality and “creativity,” and rewarded for plagiarism, repurposing, sampling, and stealing. This led to a book of the same name. It’s a manifesto of sorts, describing a new form of authorship unlocked by the internet and instantaneous access to everything ever created all the time.

It’s a compelling provocation, and extends beyond textual writing. Yes, there are poetics in Goldsmith’s elaborations, but the notion expands on familiar ideas of the reblog and retweet; this being the remix, or the recontextualizion. What form could a tool take if it enabled uncreative authorship natively? Built on web3, could it be possible by default to assign attribution and route economic value to these sources?

Look, I listened to a lot of Bieber in 2020. No shame. It’s good to lead a balanced life. Soon after the release of Changes an exchange played out over an afternoon on Twitter. An artist accused Bieber of directly lifting a hook from his record. It was beyond similar; it was identical. Listen to Bieber’s track and then the original. An uncleared and uncredited sample. A Twitter mob began accusing Justin of stealing from another artist, and one less recognized.

That’s when this producer jumped into the fold with the receipts:

Neither artists had created the hook! Credit goes to Laxcity, a relative unknown who released it as a sample pack available for any one to use through Splice, a sample subscription service.

Splice mentions in a comment to the Verge that “Laxcity made an amazing sample, and we’re glad he’s getting well-deserved recognition.” While recognition is better than nothing, it alone can not sustain a creative practice. We should do better.

Splice does a good job at discovery and distribution, but the flat rate subscription licensing deal leaves artists out of possible upside, like with Laxcity. When musicians list their samples (or ideas) as up for remix, you could imagine a split is created when dropping a Splice sample into a track. For Laxcity, who’s sample runs the full duration of the track and forms its foundation, the split could be generous. It should feel less like a pure expenditure, and more like extending gratitude by saying “if this happens, and we get lucky, we get lucky together.” I’m skeptical if this fully replaces other models, but see it augmenting them in beautiful ways.

It should be as easy to create a split as it is to tag someone in a photo on Instagram. Or adding an editor on Google Docs. There are many open questions, like… Should it be possible to tag someone in a work without assigning a split? Split by default?

My role at Mirror is to create interfaces for ideas like this, and distill somewhat complex mechanisms into useful and understandable patterns and tools. They must be both understandable and lead to a deeper knowledge of what crypto unlocks. Web3 and cyrpto’s economic and attribution layers could provide the basis of what a successful uncreative ecosystem could need. 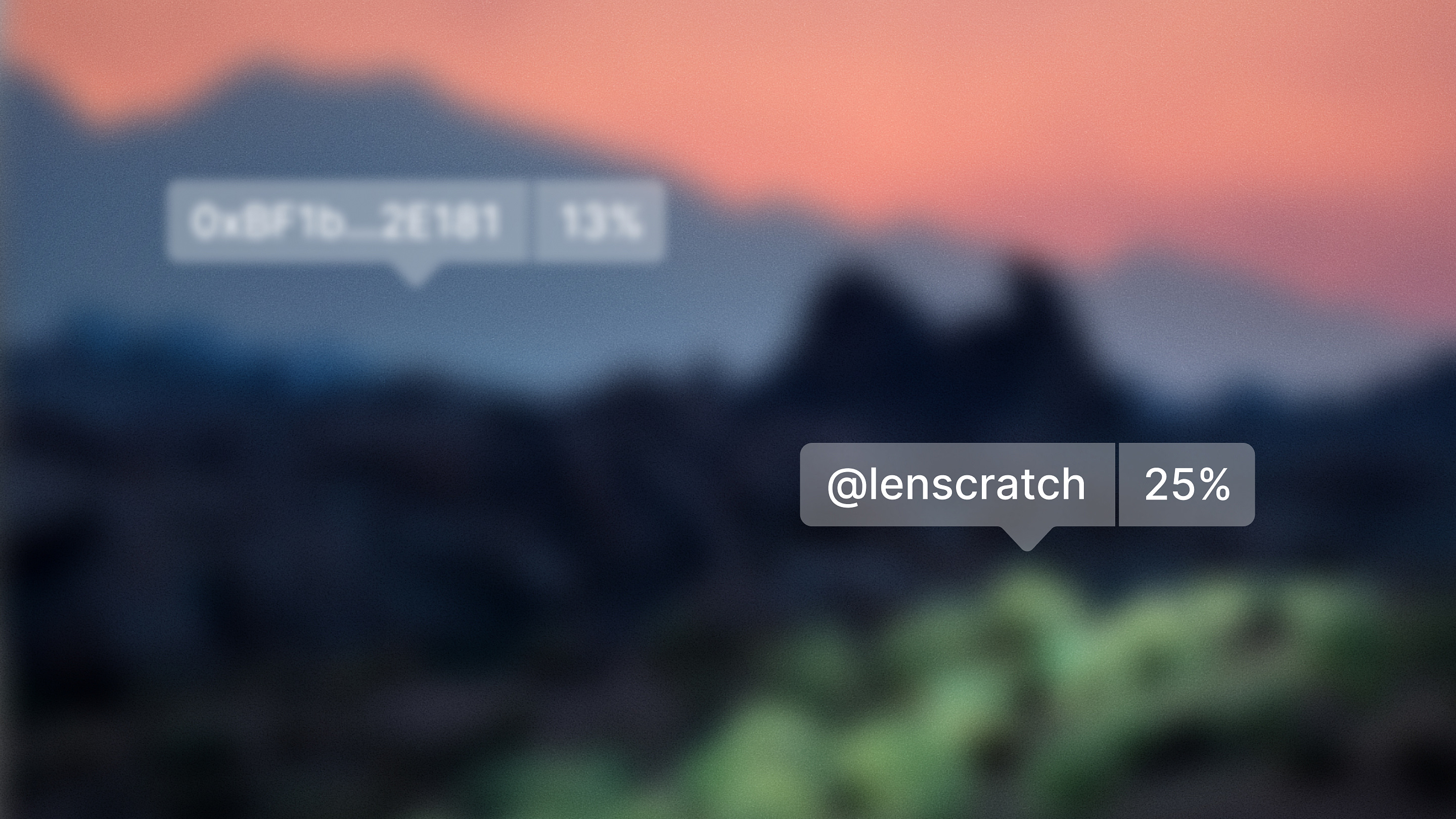 When I think about splits, I think about questions of interface and defaults. Laxcity was excited for the attention, but is that only in absence of creative tools which include him in the flow of value by default? Bieber and his producers were being uncreative by using that sample. What if they had been using an uncreative interface in an uncreative ecosystem, and what would have that meant for Laxcity?

In the Twitter video response Laxcity says “Here it is, I wrote this MIDI.” This is beautiful phrasing. MIDI is a communication protocol for musical instruments introduced in 1981. 1981. This may seem long ago, but relative all of music history, it barely registers as a blip. For a new generation of producers, music and MIDI are one and the same. Protocols become the defaults, and the defaults become how we perceive the world around us.

There is so much work to do.

If it were possible to assign a series of splits for this entry, it would look similar to this: