Mirror is excited to introduce Editions to our suite of crypto-native creator tools.

Editions are a way for creators to mint a limited supply of identical NFTs at a fixed price. If a 1/1 NFT is a Picasso at Sotheby's, Editions are like the thousands of first-edition holographic Charizards released. As a stupidly obvious sidenote, a cool thing about NFTs is that they’ll never get scuffed, scratched or bent :) 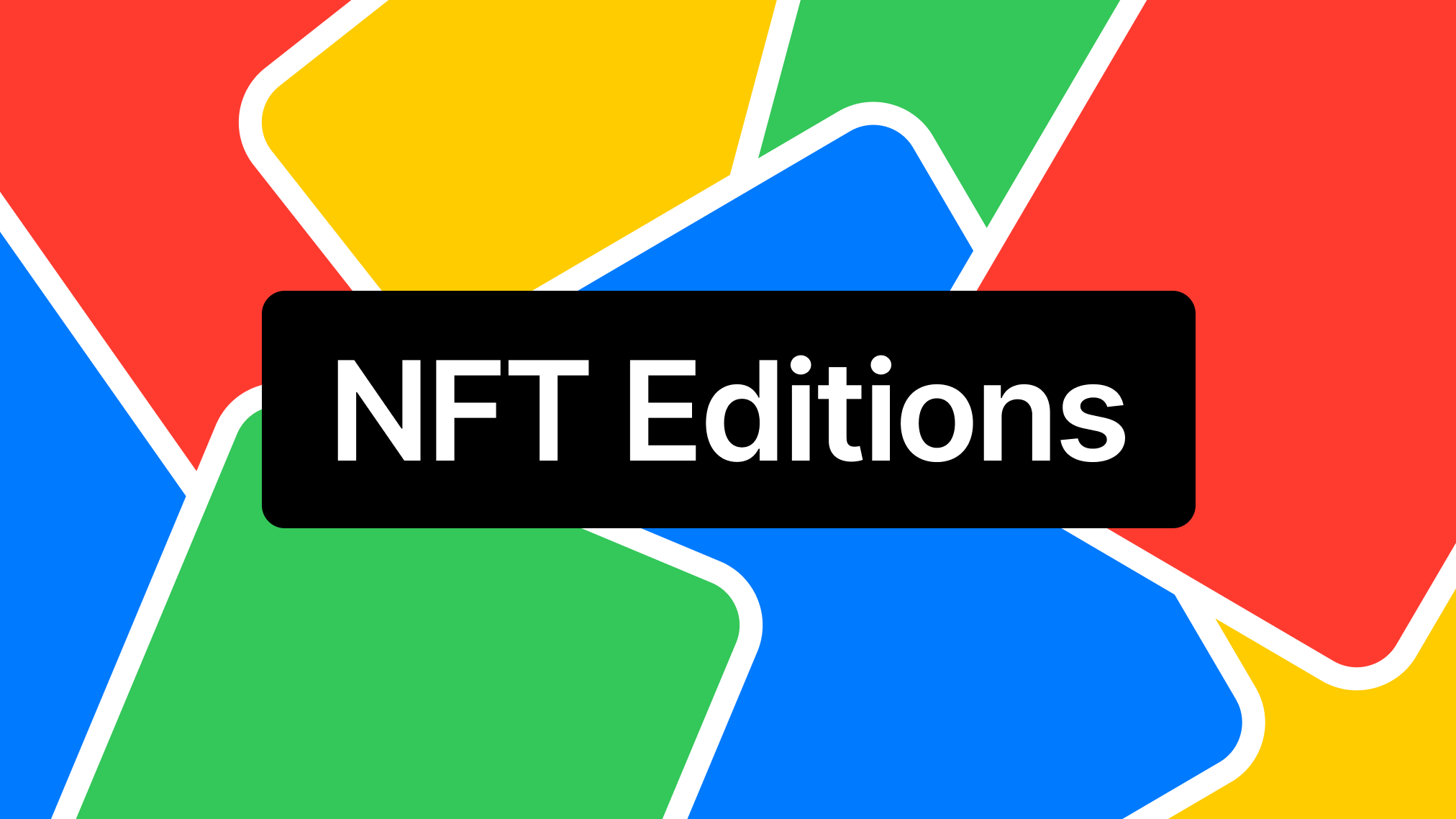 To put Editions in context, they have a clear predecessor: the NFT auction. When NFTs took off this year, they gave creators a new way to prove scarcity around digital artworks. For digital artists, that was huge. They could finally unlock the latent value in their work that was traditionally reserved for physical mediums. They also adopted the fine art characteristic that works are one-of-a-kind, known as the 1/1 NFT. That successfully gave these assets a flair of distinction and collectors all the more incentive to raise their bid. Reserve NFT auctions became the most common and successful market mechanism for creating demand around the works (Mirror added reserve auction support earlier this year). The public nature of auctions met with a ticking clock has really turned out to be a viral mechanism.

While there's an undeniable sense of play, competition and victory that we love, there are also characteristics of 1/1 NFT auctions that are a little antithetical to crypto’s emphasis on community. For instance, there’s only one winner, despite however much support the artist received from other bidders. It’s sort of like going to a concert and only one person gets to walk away with the signed vinyl from the merch table. Bidders are also incentivized to conceal their interest in a piece until an auction ends, discouraging them from drawing attention to the auction. The strategy might work out for them, but it isn’t ideal for the artist. Finally, a lot of people simply can’t afford to participate in competitive auctions, no matter how supportive they might be of the artist. It’s never fun to alienate your fanbase.

At the end of the day, as far as 1/1 NFT sales go, it often matters more how much it sold for than who it sold to.

We love auctions, but it’s just one way to play. Editions are our proposed alternative. We’ve outlined a few advantages we imagine Editions will present to creators:

We imagine Editions coming in handy for both crowdfunding projects, representing membership in a community, and as a crypto-native business model for digital media. Imagine Kickstarter’s crowdfund tiers, but instead of getting a signed poster for backing a project, you receive a digital collectible (editions within crowdfunds will be available on Mirror soon).

We’re really excited to get Editions out to our community. We’ve seen so many interesting things done with NFTs and reserve auctions, and believe this feature will help evolve that.

To see Editions in action, check out Forefront's latest drop: