I have written about my love for NYC’s Citibike service many times. This will be one more.

Yesterday I left the USV office at the end of the day and hopped onto a Citibike E-Bike at the brand new kiosk that has been installed in the “no cars” section of Broadway between 23rd and 21st. 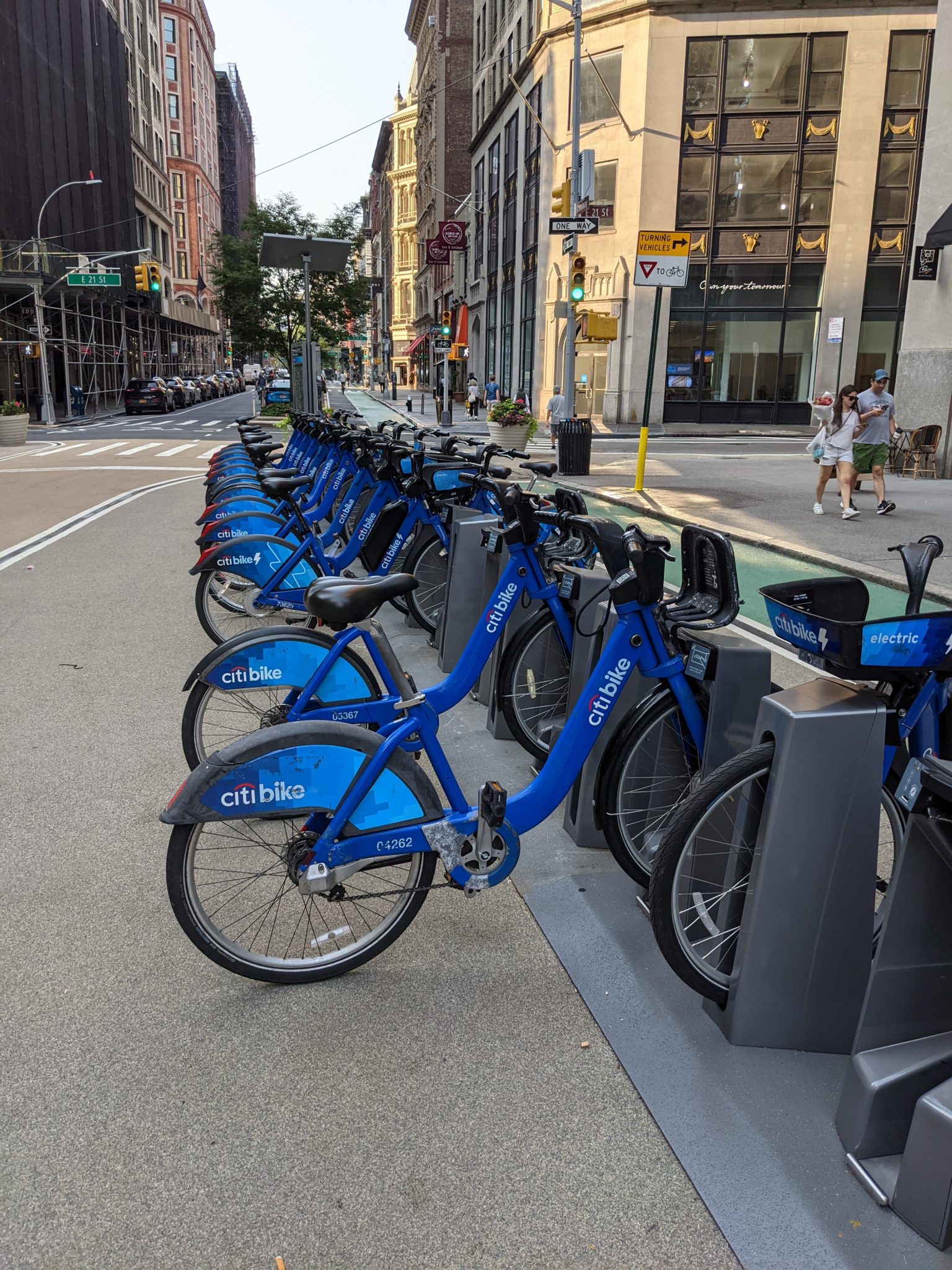 I rode that E-bike all the way to Central Park West and 81st Street to get to the Delacorte Theater in Central Park. I was able to stay in a bike lane for that entire ride and it took me about twenty minutes.

There is no way I could have gotten from 21st and Broadway to the Delacorte Theater in less than twenty minutes any other way. Google Maps told me it would take 28 mins on the subway and I’d have to make at least one transfer. I did not check Uber, but given how Uber is working in NYC these days, it would have been at least a ten-minute wait just for the car to arrive. It would have likely taken twice as long in a car as a Citibike.

When the weather is good, like it has been in NYC the last few weeks, there is no better way to get around the city than Citibike. The subway is a close second, but there is something about being out and about, a breeze in your face, seeing the sights and sounds of NYC.

The addition of E-bikes has made longer rides, like the one I did yesterday evening, a good option. I generally take the regular bikes to commute to and from work (a roughly ten-minute ride), but the E-bike makes the 60 block trip, or a trip to Brooklyn or back, a decent option.

I do have a suggestion for Lyft, the owner of NYC’s Citibike service.

The single biggest challenge with Citibike is the empty kiosk and the full kiosk. And the lack of E-Bikes in many kiosks is also a challenge.

If riders were rewarded financially for taking bikes and moving them to where they are most needed, the distribution of bikes would become more even. And there would be a “cottage industry” of people who ride Citibikes around the city for a living making sure that the bike distribution is optimal.

This would require the Citibike app to be like Venmo, with a wallet that builds up or down over time, and where balances can be transferred out.

That’s not very hard to build in this day and age, and would be a game-changer for the Citibike system.