A Short Overview of the Cosmos Ecosystem

I attended Gateway to Cosmos blockchain conference and hackathon on May 16-17 in Prague.

Many Cosmos projects gave keynote speeches and I was impressed by the quality of many of these projects. In this article, I will highlight the most interesting ones to me and my general thoughts about them.

Attending a crypto conference with a highly technical focus as a non-developer crypto head is at the same time a challenging and a refreshing experience. Talking directly to developers and project founders on coffee breaks and after parties is a very much different (and better) learning experience than only consuming articles and podcasts.

Having previously directed most of my mental crypto energy to Bitcoin and Ethereum, diving more deep into Cosmos in the last few months has been a very rewarding experience.

It seems like there’s a momentum going on within the Cosmos community and most of all, the projects don’t seem to be in it for the cash grabs, but the community has ambitions to create the Internet of Blockchains with a focus on user experience for the masses. 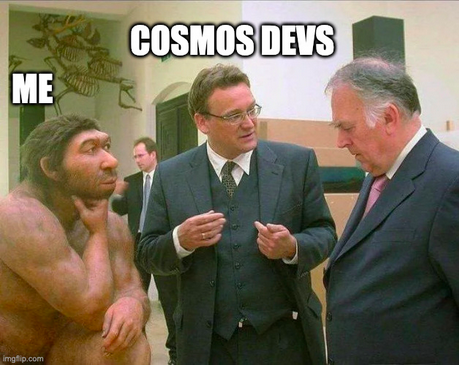 Cosmos is a layer-1 blockchain and it uses the Tendermint consensus layer. It has its own Cosmos SDK for developers which makes it easy for projects to spin up their own application-specific blockchains on top of Cosmos.

Many notable layer-1 blockchains have been built using Cosmos SDK, such as the “beacon chain” of Binance, “Binance Chain” and Terra, the monetary experiment that failed.

Currently, there are over 40 active “app chains” in the Cosmos ecosystem and with the help of the Inter-Blockchain Communication protocol (IBC) launched in April 2021, these app chains can connect, transact and exchange tokens and data seamlessly. A good visual source to inspect the Cosmos ecosystem is the mapofzones.com website.

Looking at the volume, the real beast of the Cosmos ecosystem has been Osmosis, a decentralized AMM exchange bringing all the IBC assets in one place. On Osmosis, users deposit IBC assets such as ATOM, OSMO or JUNO to liquidity pools and then traders can switch between these assets.

Recently, Osmosis suffered a bit from the downfall of Terra and UST because UST was the dominant stablecoin in the Cosmos ecosystem and also in the Osmosis markets. For this reason, the protocol seems to be incentivizing users to bridge Ethereum assets such as USDC and WETH through Axelar to Osmosis with the lure of APRs as high as 169% in the USDC/OSMO and WETH/OSMO liquidity pools. 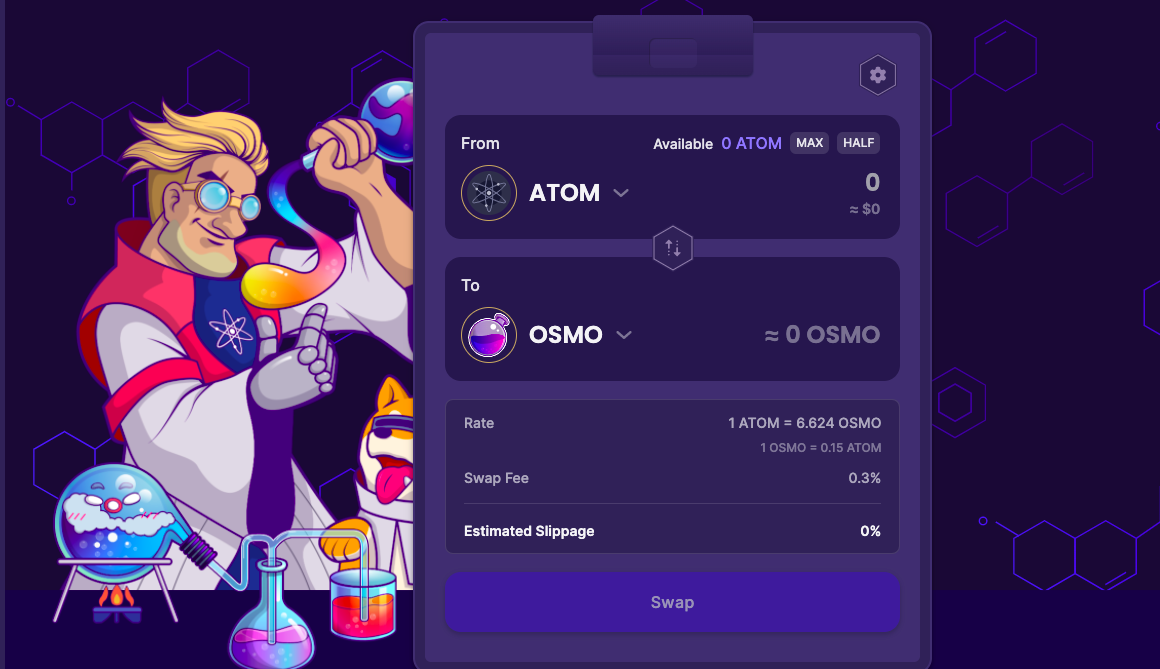 Another interesting project in the Cosmos ecosystem is Axelar, which is trying to become a universal bridging infrastructure for the whole blockchain ecosystem. Unlike an unreliable multi-sig bridging setup that could be vulnerable to hacks, Axelar’s technology relies on cryptography and the security provided by Axelar’s proof of stake validators.

Imagine if you could send a message from your WhatsApp account to the receiver’s Signal account? Or if all your web3 activity could be done through one account, a web3 version of WeChat? Another good example from the history of technology is iPhone: we don’t need to carry a separate music player, map, camera etc. with us anymore.

Agoric was also one of the most hyped projects in the conference. It is a smart contract platform on Cosmos using Javascript programming language which is the dominant language in the world with a huge pool of developers.

This is the group of devs Agoric is targeting when building the protocol while also offering a welcoming home for the somewhat stranded Terra devs.

Agoric announced their plans for the Inter Protocol (IST) stablecoin. Unlike an algorithmic stablecoin like UST, Agoric’s IST would be backed by IBC assets such as ATOM.

Juno is another smart contract layer-1 platform on Cosmos that is trying to attract a wide range of developers by enabling WebAssembly (WASM) virtual machine.

Ok, you might think, another layer-1 platform for smart contracts? What makes Juno stand out from the rest though is its native interoperability as an IBC-enabled chain. With the help of IBC, it is easier to bridge assets between different chains instead of relying on multi-sig bridges.

Juno also differs from many other layer-1s in that the token launch didn’t involve any seed rounds, private or public sales or VC money, but a big chunk of the genesis allocation went to ATOM stakers on a 1:1 basis.

Evmos is the Ethereum Virtual Machine (EVM) on Cosmos. Evmos has an interesting incentive mechanism for developers: a big part of the blockchain fees paid in the EVMOS token goes to the developer of that contract. Building on Evmos could make sense to those who can’t decide whether the “future of finance” will be on Ethereum or Cosmos or on both. 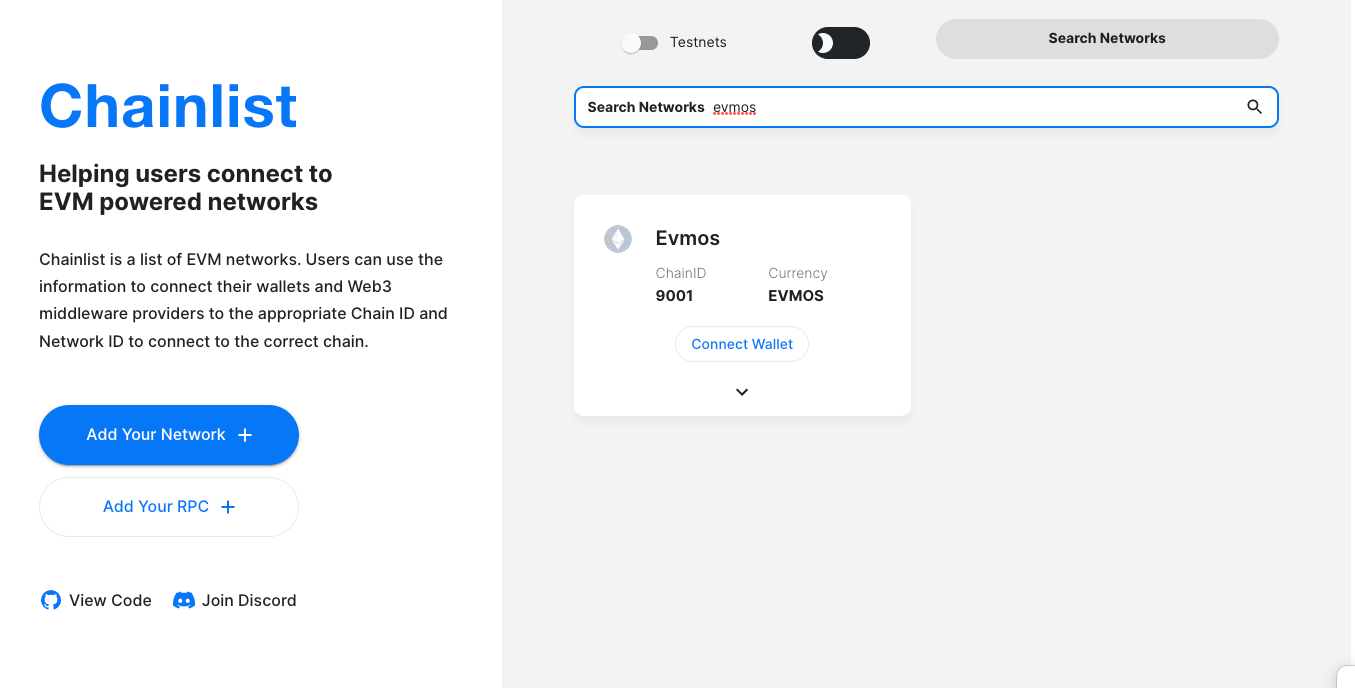 Comdex is a synthetic asset protocol on Cosmos. The app is not out yet, but based on the testnet they had out a couple of months ago, the user experience felt very nice. Alongside forex trading (yuck, fiat!), commodities trading is something that is currently somewhat missed in crypto. My gut take is that there would be demand for it because it brings tradFi closer to crypto.

The Comdex token (CMDX) has been out for a while though, and the role it has in the protocol is to mint the synthetic “cAssets”, but also for staking and transaction fees.

Comdex has also recently announced their own collateralized stablecoin called Composite (CMST) that is pegged to $1 and works a bit like DAI on Ethereum through over-collateralized debt positions of IBC assets.

When liquidity for cAssets will be high enough, also e.g. synthetic gold could be used as collateral for the stablecoin. Besides over-collateralization, there’s also a backstop mechanism to secure the peg via a mint-and-burn algorithm involving another Comdex ecosystem governance coin called HARBOR.

Secret Network is a blockchain with private smart contracts as default. In my opinion, the privacy coin FUD is a bit exaggerated (people don’t care about privacy, exchanges will have to delist privacy coins etc.) I think blockchain privacy is essential for traditional finance to enter the space big time. Wall Street is used to not having to disclose their financial moves publicly.

Also, private smart contracts open up new possibilities for NFTs and GameFi. For example, art galleries can restrict viewership of NFTs to maintain rarity and exclusivity and players of a e.g. virtual poker game on a blockchain don’t have to disclose their transactions in public to avoid being front-run in the game. Private NFTs also do away with the “right-click-and-savers”.

Although privacy is the default in Secret smart contracts, you can always turn it off by using a “viewing key” to e.g. stay compliant for taxes, accounting etc.

The Cosmos ecosystem is full of bright founders, talented devs and enthusiastic community members. The focus on user adoption with nice wallets and user interfaces is really something that appeals to me.

Other Cosmos projects to keep an eye on not mentioned in this article are for example the NFT platform Stargaze, a decentralized cloud computing platform Akash and a borrowing/lending platform Umee.

If you are new to Cosmos, go and download yourself a Keplr wallet. Signing transactions and navigating the dashboard is much more intuitive than on MetaMask. As an Ethereum and MetaMask user, I really hope that MetaMask will up its game because of the competition provided by Keplr.

A good way to learn about the Cosmos ecosystem is through some of the content creators on YouTube dedicated to creating valuable content on Cosmos. I have personally learned a lot by watching Cryptocito’s videos and interviews of various founders in the Cosmos space. Also, Liam Connor on his Confident in Crypto channel gives a lot of valuable insights.

The best way to learn however, is to attend conferences, listen to the talks, formulate your own questions during the talks (you can usually ask them anonymously through an app), and chat with the teams and founders in the hallways and ask some tricky questions and give feedback.

The next Cosmos conference called “Cosmoverse” will be held in Medellin, Colombia on September 27-28 and I hope I will be able to join!

A Short Overview of the Cosmos Ecosystem