A few weeks ago, I wrote about NYC’s Tech Resurgence. I observed that NYC continues to develop as one of the world’s leading centers of tech innovation. 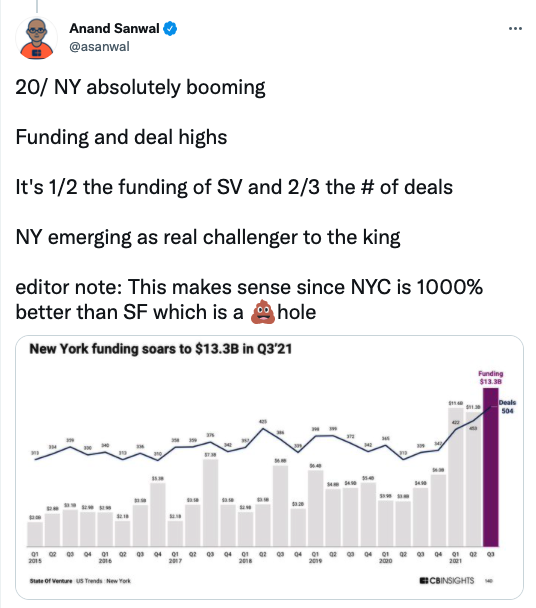 NYC startups are getting funded at 2/3 the rate of Silicon Valley startups. That’s a huge change from where NYC was even two or three years ago.

It wasn’t that long ago that a NYC-based startup had to agree to move to Silicon Valley to get money from the VCs out there. I think that was still a thing into the latter part of the 2000s. Now a decade and a half later, we see NYC startups raising capital almost as much as Silicon Valley startups.