Mirror is working to open its creative and economic suite to the public, beginning with crowdfunds.

Mirror is entering a big new era in which we open our ecosystem to the public. Since last year, we’ve been expanding our creative and economic suite, and its applications within our community has been inspiring to say the least. So far, the suite includes publishing capabilities, crowdfunds, auctions, NFT editions, splits and voting—each with a web3 foundation. It’s a lot to roll out at once, so we’re beginning by opening up access to one of our most powerful and popular tools: the crowdfund. 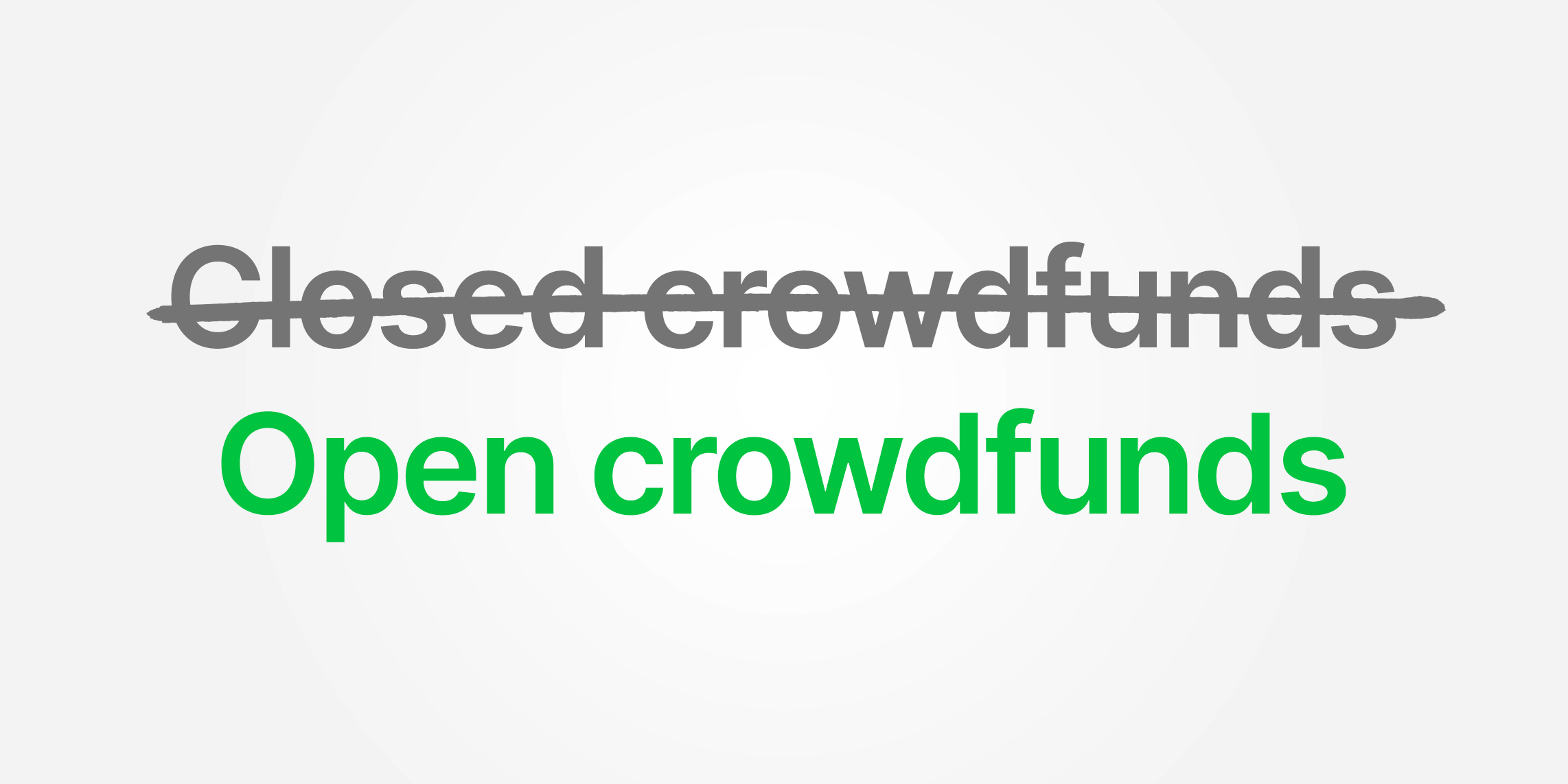 Like traditional crowdfund platforms, Mirror’s crowdfund feature allows you to raise funds for your latest project. We’ve been most excited to see it used to fund completely new kinds of web3 projects, whether it be a decentralized e-sports guild, a grant giving program, an online learning community, or a community-built NFT marketplace. Unlike traditional, web2 crowdfund platforms, Mirror’s crypto-native crowdfunding gives the tool a disruptive edge. With the application of tokens and NFTs, backers have automatic and permanent stakes in the success of a project. The result is a unique cross between starting an online community and an internet-native company, all in real time and with the simplicity of filling out a form. Notably, our crowdfund tool has proved to be the easiest way to form a DAO, where an internet-native community is able to bootstrap its treasury and issue membership via tokens and NFTs in just a few clicks.

Here are the highlights of Mirror crowdfund functionality:

To date, Mirror crowdfunds have collectively raised 1,751.36 ETH. Here are some of our favorite campaigns launched on Mirror:

If you want to experiment with crowdfunds, the tool is now open to everyone in your dashboard. Get started with the guide and join the Discord if you have any questions.

Open crowdfunds will be initially rolled out with a 20 ETH hard cap for users who aren’t members of Mirror, as we stress test the feature with the broader community.

A note on Mirror Membership

This milestone in Mirror’s lifecycle is an opportunity to redefine the meaning of community membership. While membership (attained via $WRITE RACE) has meant access to the Mirror tools, it always aspired to represent decision-making power and stake in the future of the Mirror protocol and DAO. Soon, everyone will be able to use all the Mirror tools, but only Mirror members (who have burned $WRITE and registered) will be stakeholders the future of Mirror (and get a Mirror ENS subdomain). In turn, the more people use the open toolkit, the more the Mirror ecosystem will benefit.

As part of the initiative to open up the platform, a 2.5% fee has been implemented across economic tools, routing to the newly-deployed Mirror DAO treasury. The accrued fees will be governed by Mirror members and used to grow the Mirror ecosystem.

These are just some of the early details. Stay tuned for more in the coming months!

A beginner’s guide to social tokensPublishing on Mirror is Now Open to AllGrand Opening: Crowdfunds Go PublicThis DAO is here to $PARTYPublishing on crypto