Something fun about the growth of a new industry is all of the new job descriptions that pop up to support it.

I was lucky to be around for the hyper-growth of the current era of big internet companies and saw some of this firsthand.

I remember as an undergrad in 2010 being surprised to hear that Uber was hiring math PhDs to work on optimizing logistics networks at large scale. A year or two later, it became clear this was an early instance of the 'data scientist' job. Given all of the new places where web-scale data was now available, there was a new market need for statisticians to make sense of that data.

Around the same time, I remember being confused when a classmate listed 'growth hacker' as the title of his internship the previous summer. What was this new role that wasn't quite 'marketing', 'business development', or 'engineering'? As it turned out, the rise of massive internet platforms meant that ambitious, technical, savvy people could add massive economic value to a company by focusing on growth marketing

Crypto will be no different; there will be high-impact jobs tomorrow that don't have names today.

Already, we're seeing hints at this.

Last year, DeFi Decentralized Autonomous Organizations (DAOs) like yearn became a nontrivial economic force in the crypto ecosystem. Today, there are 9-10 figure treasuries governed by them. As a result, there's a boatload of value to be generated by effectively governing and lobbying for these treasuries. 'Protocol politician' will be a full-time (and possibly lucrative!) role.

'Smart contract security expert/auditor' also feels relatively new. Of course, traditional security engineering is valuable here, but as we continue to learn, being successful requires a deep understanding of DeFi/finance itself and the network of possible interactions across the industry. Most of the interesting attacks these days involve multiple internal calls across multiple contracts inside a single transaction.

One role whose importance I'm seeing more and more is 'ecosystem development' or 'ecodev'.

It's not a job that was clearly defined prior to the existence of crypto ecosystems and to my knowledge isn't one that's been written about publicly before. But it's one that I suspect will exist for a long time, and will be critical to the success of the next generation of crypto projects.

Ecosystems in nature and crypto

Let's step way back for a second. What are ecosystems? 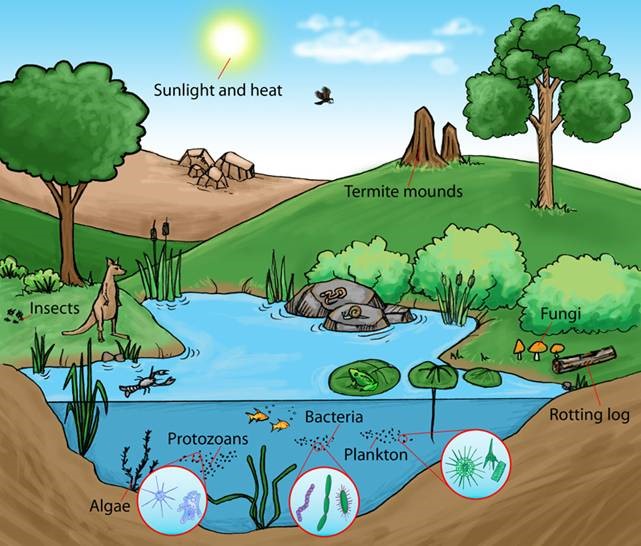 There isn't a notion of 'good' and 'bad' among the living entities in an ecosystem. Every living thing plays a part.

Some of the language we've developed to describe natural ecosystems can help in understanding crypto.

The above list isn't exhaustive, just illustrative. I'll do a more comprehensive analysis of the Ethereum ecosystem in a future post. Also, it's interesting to note that many of the living entities of Ethereum are themselves ecosystems (like DeFi protocols)! Crypto ecosystems are frequently fractal. I expect to return to this in a future post as well.

These living entities of a crypto protocol are independently incented, but often have some incentive alignment. On some vectors they compete and on others they cooperate. They naturally end up forming a highly networked system that benefits all of them, just like in a natural ecosystem.

Biodiversity is just as important in crypto ecosystems as natural ecosystems. Many of us have experienced this firsthand; the thing that seems to keep Ethereum alive relative to other smart contract platforms is the constant influx of new builders and ideators. If 'genetic variation' in the Ethereum ecosystem stopped tomorrow, Ethereum would 'die' relative to the other platforms.

This brings us to the role of an ecodev.

The role of an ecodev

The role of an ecodev is to increase the probability that an ecosystem thrives in the long run.

Ecodev is an incredibly vital function in the early stages of an ecosystem (which the entire crypto industry is). A healthy ecosystem is the difference b/w sinking into obscurity and encompassing trillions of dollars of value in the decentralized future.

An ecodev can't operate in a top-down manner; biodiversity isn't 'designed.' It must be the product of natural evolution. This means that an ecodev is less of an architect and more of a conservationist and gardener.

This is all really abstract still; what are some of the things an ecodev can do to promote biodiversity?

For one, an ecodev can keep an eye out for nascent species that could be valuable to the ecosystem and help them get from zero to one. Funding is a part of this. So are connections. An ecodev might be able to recognize that if two people or projects are brought into contact, something new and valuable will emerge. An ecodev may even build a prototype or write an article that makes an idea accessible and extendable him or herself.

Ecodevs can also make sure the ecosystem doesn't get too siloed. If two entities would each be better served if in communication with one another, an ecodev, with his/her broad knowledge of the ecosystem, can set up those lines of communication. Recognizing the need for and setting up standards and specs also serves this purpose. This is frequently necessary in fields such as ours: the nature of technical work is that it requires great focus. It's very natural for information to get siloed even within the teams doing the best work.

What makes a successful ecodev?

Some amount of technical proficiency is required. Ecodevs need to understand how things (really) work.

Empathy and communication skills are important. It's crucial to understand the incentives and wants of ecosystem players and communicate and signal clearly.

Thinking 'high-level/big-picture' is also important. An ecodev needs to have a mental model for how the ecosystem works as a whole. Given the rate of change in crypto, this mental model needs to be continuously iterated on.

If you're building something cool in the Ethereum ecosystem, you have an unconventional/crypto-native job, or you're just interested in discussing these ideas more, I'd love to hear from you!

We're still in the early days and most of the cool stuff is yet to come. I'm excited to build it together.

More From Lakshman On Crypto