press play before you begin …

“There are going to be times when we can't wait for somebody. Now, you're either on the bus or off the bus. If you're on the bus, and you get left behind, then you'll find it again. If you're off the bus in the first place — then it won't make a damn.” -- Ken Kesey

Crypto people talk a lot about cities. We like to talk about how blockchains are like cities. About how tokens and DAOs can improve the governance and economy of cities. And about building new cities in the Metaverse and even in the real world. But recently, in the context of NYC NFT and Solana Lisbon and now Art Basel-Miami, a new urban crypto phenomenon has become clear: the moving city.

Individuals, small project teams, packs of enthusiasts, investors and entrepreneurs, all of them descend on a single geographic location, and for a week or so, make a city within a city. They gather for discussions, presentations and parties. Most importantly, they gather to do work. In hotel lobbies and coffee shops, people meet to advance the collaborations they mainly pursued online. In night clubs and bars, they meet to dance and drink and play. It was as if Manhattan and Brooklyn, at least in certain neighborhoods, became an IRL version of their Twitter timelines, Discords and Slacks. What was even more remarkable was how many of the same people reappeared only a few weeks later in Lisbon, regrouping into the same kind of brainstorms and collab sessions. It was like a migration. 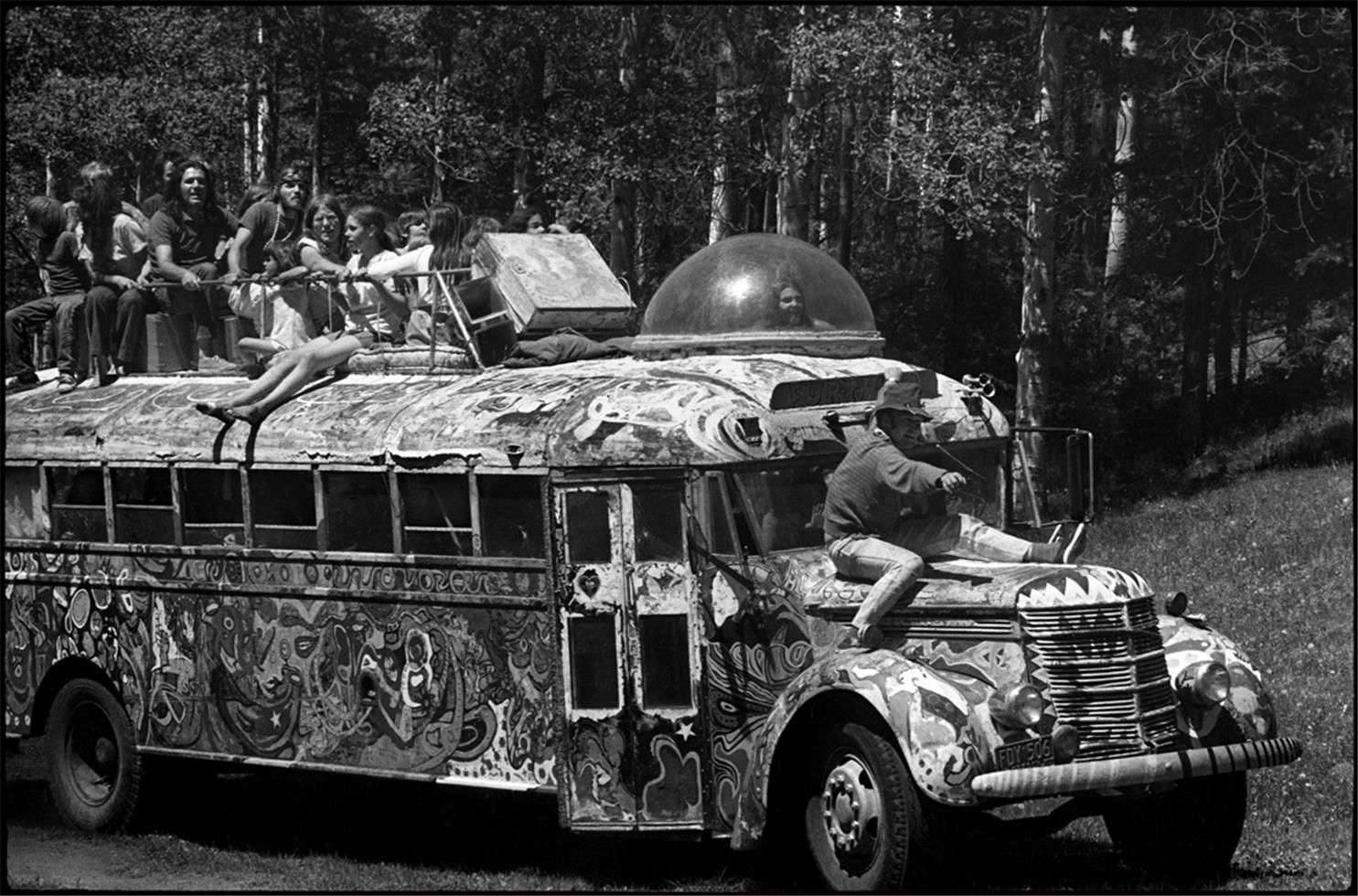 In retrospect, this development should have been obvious and predictable. It’s a natural progression. Trade fairs are as old as recorded history. Industry conferences and off-sites are both antecedents. And the combination of Zoom presence and Airbnb as a source of easy to access live/work/play residences made remote employment from anywhere practical. But what really makes the moving city inevitable is the nature of work, and of building, on the blockchain. The crypto get-together is a unique social form: sort of a trade show, sort of an academic conference but, most importantly, also sort of a company offsite, where employees meet people from other teams in their big corporation, bond, build morale and get inculcated into company culture. The web3 conference is all of those forms at once, because blockchain projects are distinct and competitive while being deeply cooperative in the way departments in a company are all working ultimately to increase the value of the overall enterprise (and stock price.)

You can be based anywhere with broadband, working with their various project teams and DAOs through collaboration tools, Zoom and Metaverse-y like spaces, and then on a regular basis, perhaps as often as eight to ten times a year, converge on a fun location for a major blockchain event. It could be for several weeks or as long as necessary as new efforts spring up from the fertile cross-pollination of in-person engagement. The availability of residential style rentals makes a longer stay pleasant, less like a frantic trade show and more conducive to real work and relationship-building. And it’s awesome: why stay in one place? Why not see the world, and your friends, while doing what you love? It’s not a coincidence that event-hopping from wonderful locale to wonderful locale mimics the emerging experience and architecture of the Metaverse, and vice versa.

A powerful driver of this is that many attendees aren’t really meeting for the first time. A large number of them have been in constant contact for months, even years. They have invested together, built together, ‘woken up’ every morning with the daily routine of a ‘gm’ to their online collaborators. Crypto people, especially if they are young, have been building their entire careers and fortunes with people they’ve probably never seen in person, and the ability to make that friendship closer is rich with meaning. It is emotional, significant for their mental health, even spiritual.

There are also parallels between how web3 enthusiasts approach conferences and the way that they approach centralized social networks. As much as there’s a desire to spin out and develop something new, there’s also the awareness – and deliberate strategic choice – that most word-of-mouth recruiting and collaborating needs to happen where people currently are. Let’s look at Twitter for instance: the amount of energy and time spent by folks in web3 to talk about decentralization and the need for a “new Twitter” on Twitter is rampant. But recognizing that these existing communities are where the potential opportunity lies (marketing + recruiting), the centralized social services are key tools to get more people aware and involved, “on the bus”. The same goes for physical cities. While web3 boasts an ability to live truly online, there’s a strong desire to leverage the venues offline as they are as, if not more, important in building a truly connected culture that exists outside the the programming of web3 communities.

All this has a powerful impact on the places being ‘temporarily occupied.’  When something comes to your city, you pay attention. When Phish plays a festival in rural Maine or New York, weeks of local coverage and small business preparation is done in lieu of the masses parachuting down into the town. But what this also does is spark the conversation. Yes, there are many who opt into these experiences, who are fluent and are already ‘on the bus.’ But the ‘what’ becomes less important than the ‘why’ when it comes to bringing more awareness and participation to the movement.

This phenomenon is very analogous to that of touring fans. Like Phish, the Dead, BTS and other acts that have built a culture around their trade, the show itself isn’t the main event. The show is the catalyst of getting people together, an excuse to congregate with like minded people at a moment in time and take that energy with them back to their “homes” once it’s over. And when done right, this desire to connect never ends. It is very rare to be able to break the fourth wall in such a way where the community itself leverages a “thing” to drive action, but the culture itself is sustained and maintained without the “thing” needing to be present at all. 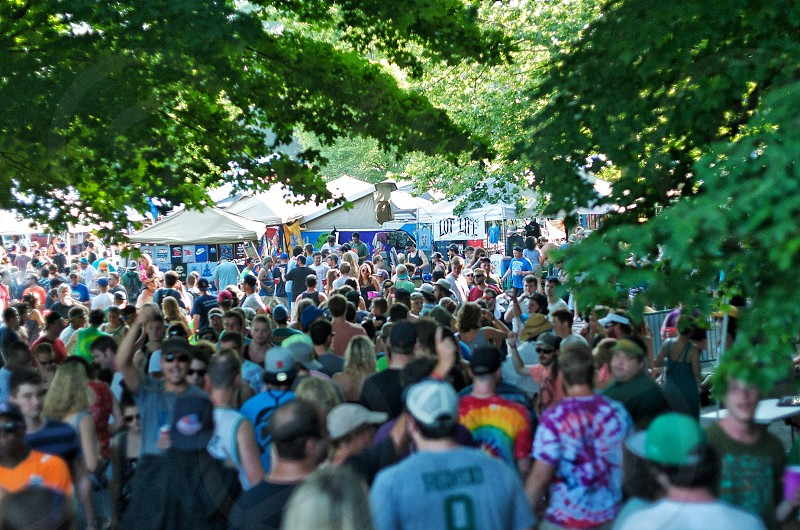 And like touring fans and their bands, each stop is an opportunity to get more folks to hop on the bus. In a culture built on virtual land, without a catalyst to see and feel in person, it’s seemingly prohibitive for many to deeply “get it” and take the time to learn. On the most obvious level, online puts most of the onus on the product, technology and platforms that unlock this feeling of web3. And because of where we are in the web3 lifecycle (it’s early!), it can be discouraging for most to take the time to deeply understand why this world is more fun. The human elements of connection and collaboration are seemingly being worked on, but it’s a lot easier to understand where you’re there. So much so that many who are the most deep in this space never want to miss a “show.” They make sure they’re there, to see their friends, partners and recruit more individuals who are interested, excited in sharing the same ideals of a new world.

Where there is unique nuance is that the idea of a ‘company’ in web3 culture transcends that of a single project or practice. Typically at these conferences, each individual is representative of their brand and is there to sell something. In this case of web3, everyone is there for the proverbial company “web3” or “Bitcoin” or “Ethereum” or “Solana” or… you get it. The purpose of it is to connect with others who are building towards a shared goal, versus sell others on a competitive edge. Sure that happens, but that’s not why people are there. Being in the same “room” as others offers the ability to partner deeper and collaborate for the bigger purpose. The company itself is the movement that everyone is collectively constructing.

And then, like the circus, it’s over. The tents are packed away. The company disaggregates and people go back to wherever home is. But only temporarily, because there’s another gathering only a few weeks or months away, in some other enticing location, with some new tantalizing theme or mission. It’s likely these events will become more numerous and bigger as this transformation continues: a great circuit of tribal migration, of creators, investors, activists and collectors moving together around the globe.

the bus came by and I got on, that's when it all began.

A New Media Structure: The Ownership EconomyAmerica Onchain: "You've Got Scale?"Cities of Ghosts Await Their DAO RevivalThe Next Social Graph: Splits, Supports and AttributionsSubstack vs. DAOstack