Today we’re pleased to present the Uniswap Grants Program’s first retrospective report to highlight the incredible work done by grantees over the past 1.5 years.

Since UGP’s launch, it has deployed ~$7M in $UNI to 122 grantees. As you’ll read below, grantees have ranged from open-source development teams, to grassroots community organizers, and to applied research organizations. Their resulting work has included 4 successful governance proposals, pro-tooling serving thousands of LPs, a globally attended hackathon resulting in ~100 projects, and much more.

When we published the original UGP proposal, we set out on a mission to provide valuable resources to grow the Uniswap ecosystem. Today we are excited to showcase the tangible impact of our grantees on ecosystem governance, growth, and sustainability.

We have also thought deeply about the evolution of UGP, and how the program can expand to more effectively serve, support, and grow the ecosystem.

UGP has funded a diverse and global array of projects. The largest three categories of projects by number and allocation were Sponsorships, Tooling, and Community. 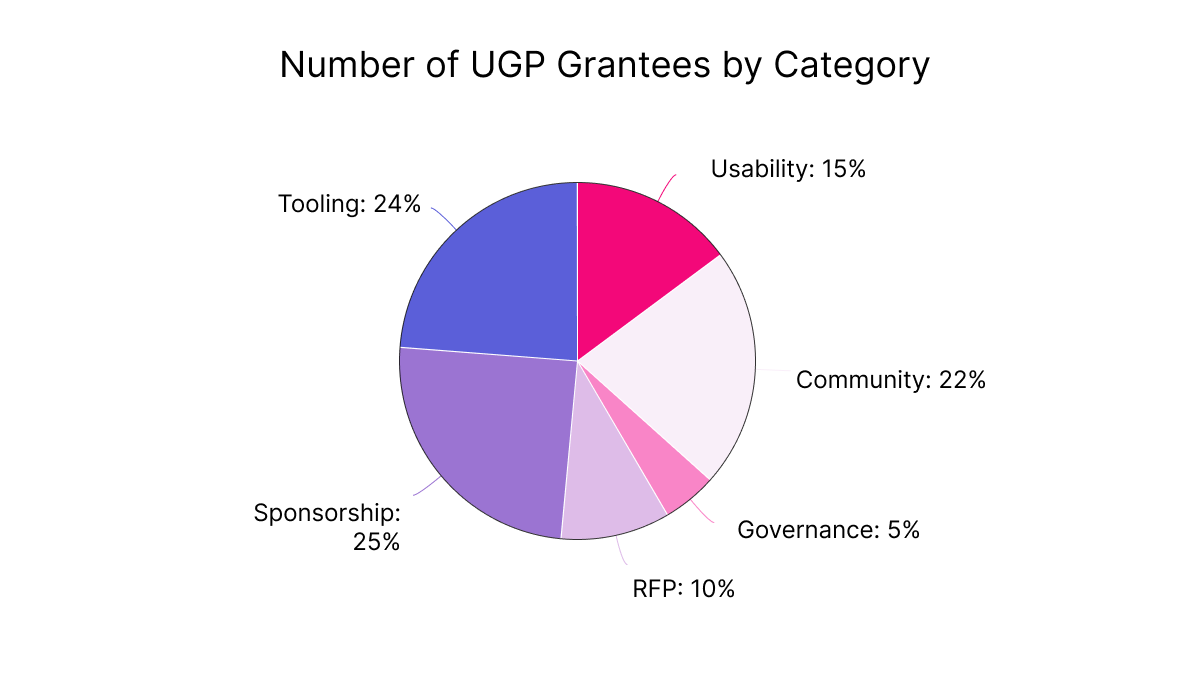 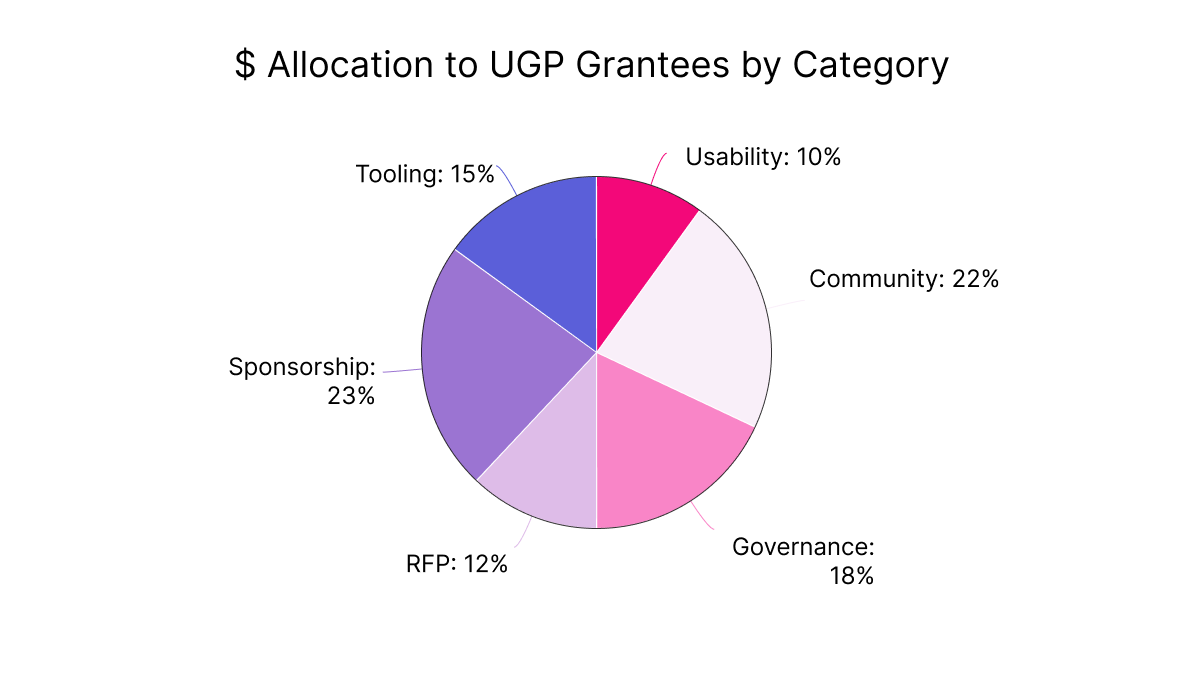 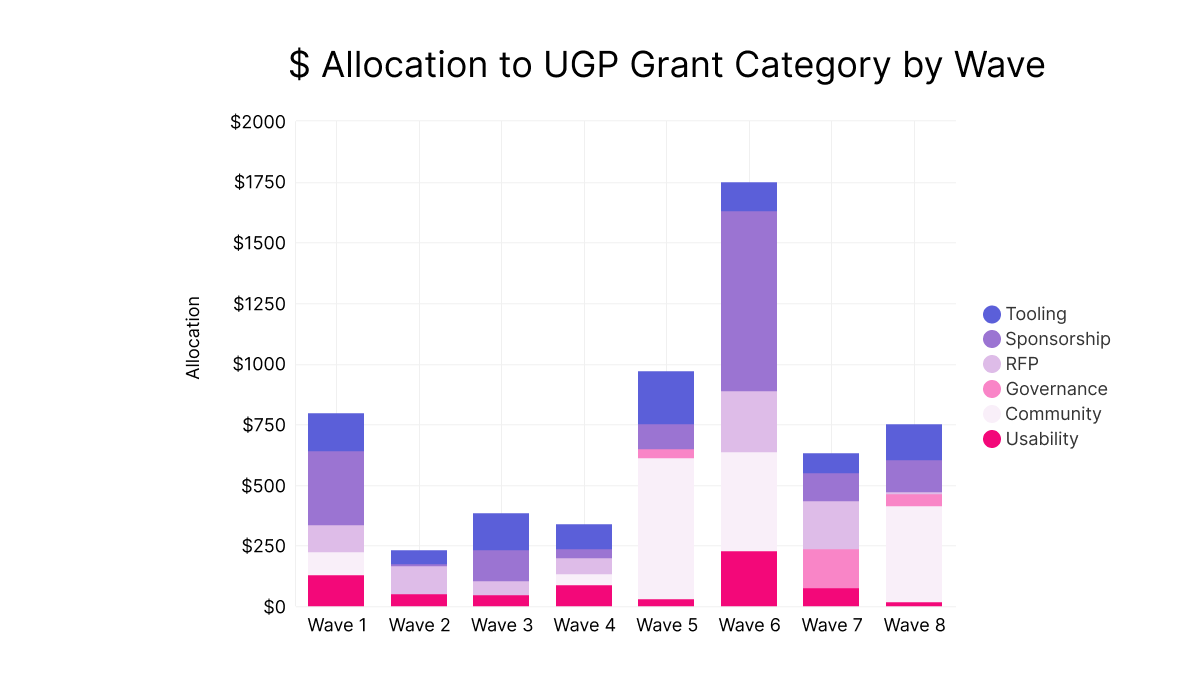 We also supported grantees globally - not only in the US but also across the UK, India, Singapore, Canada, China, Europe and Asia. We also, of course, supported our global anon community. 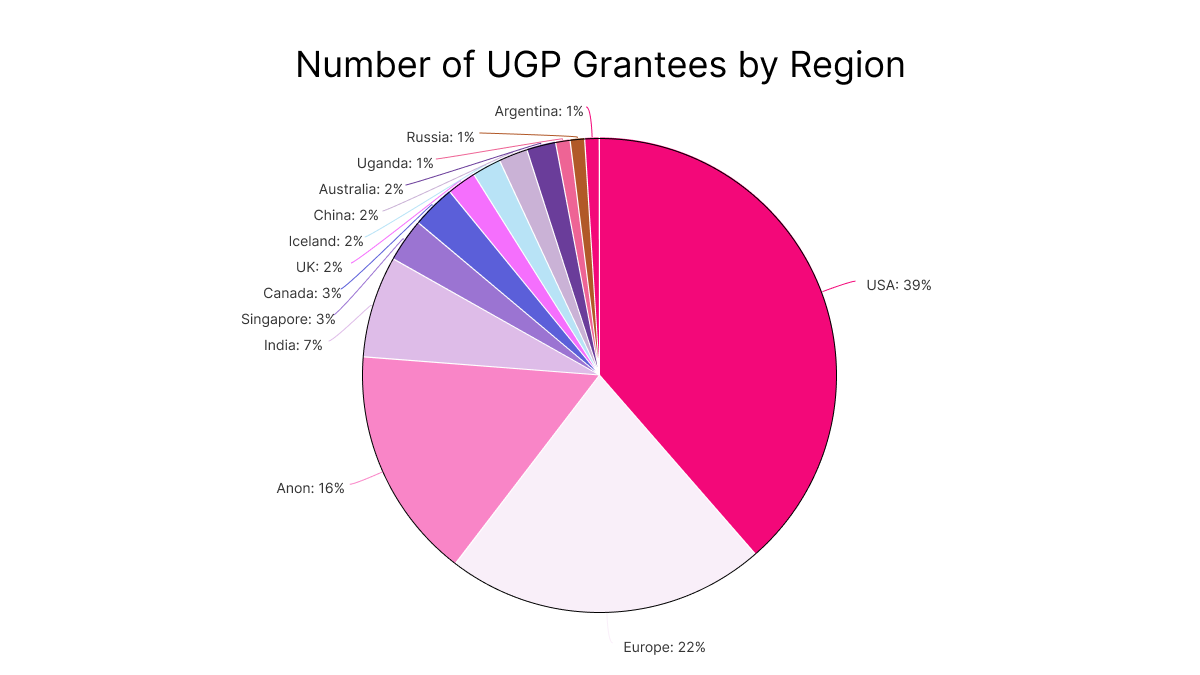 Below, we highlight some (of many!) successes from UGP grantees across four core themes:

You can check out the complete list of UGP grantees here (kudos to @sovereignsignal for compiling!).

UGP’s work has shepherded new developers and users into the ecosystem through projects like:

Its work has also supported the existing community, for instance through funding:

On our mission towards greater decentralization, we recognize the importance of funding new subcommittees to focus their efforts on more specific target areas for growth, and are pleased that these groups deployed over 50+ bounties and grants to ~100 analysts, developers, and community members. These included:

We are also proud to have supported the broader Ethereum and web3 ecosystems. Uniswap would not exist without support from the Ethereum community (check out Uniswap’s initial EF grant here). We gave to the Ethereum Execution Layer Fundraise to support Ethereum client diversity, alongside Compound Grants, Synthetix, The Graph, and other community stakeholders.

We also strongly believe in the importance of growing the size and diversity of the Ethereum developer community, and as such we have supported:

UGP has also supported a number of grants devoted to improving community governance. This includes support for an array of teams and individuals focused on improving the governance process and proposals, such as:

And the well-researched, high impact proposals they helped craft and support through approval, including:

Adding support for 1bp fee tier pools on Polygon (where Uniswap v3 is now the #8 most popular DEX). This is the first Uniswap proposal governing a deployment on another chain. These pools on Polygon make up ~15% TVL since their launch, and have generated $6M+ in revenue for LPs. This proposal was crafted by GFX Labs. 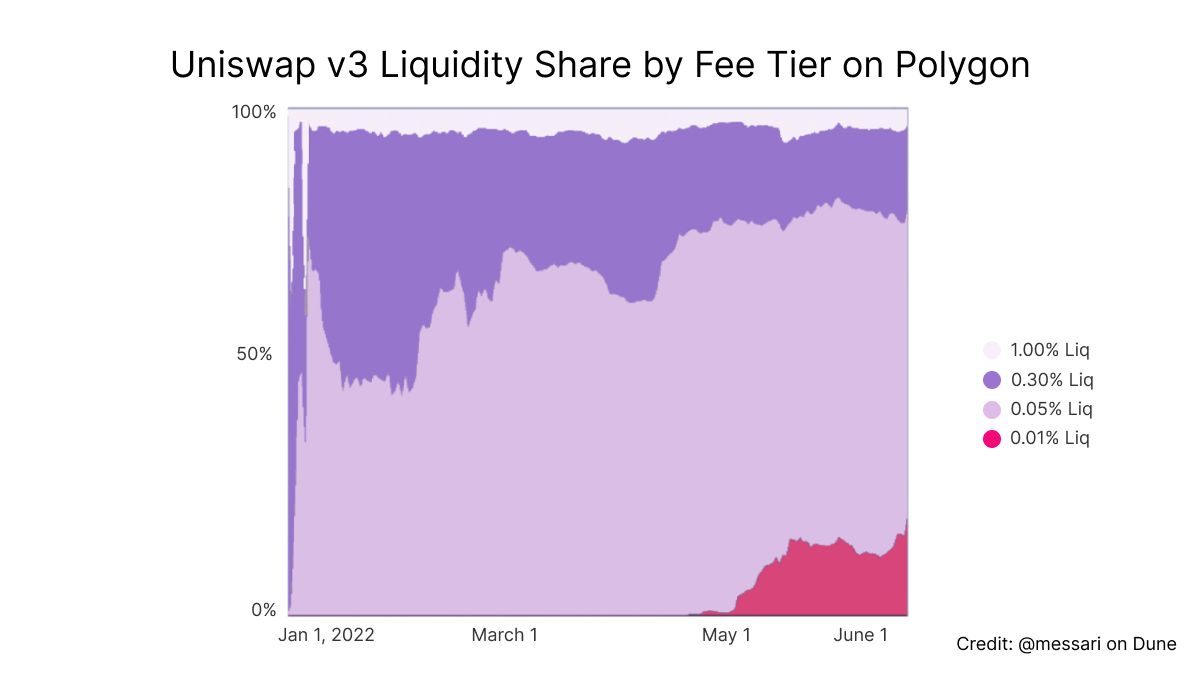 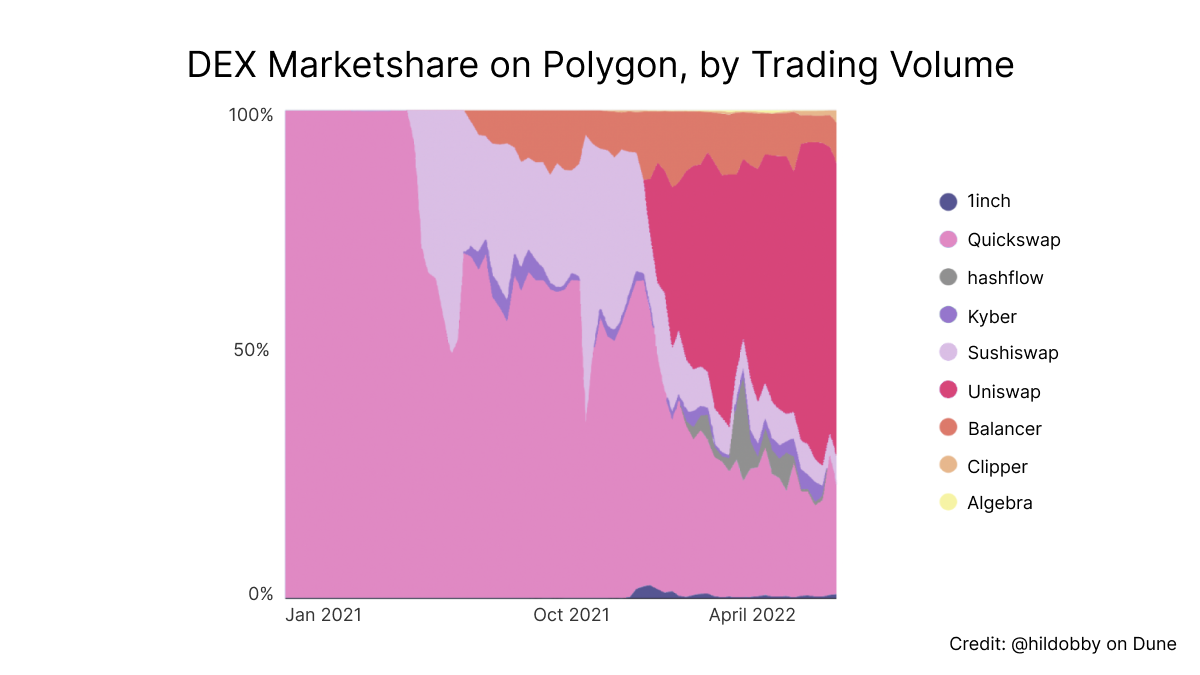 Since the 1bp fee tier launch, Uniswap’s Polygon DEX marketshare increased from ~50% to ~60%+. The v3 deployment is still new to Polygon and we may not be able to attribute this growth to the fee tier, however this initial datapoint is positive.

UGP is also committed to improving the governance process, and as such has funded governance tooling to improve delegate/voter experience and has introduced changes to make the protocol more secure. These include:

UGP also supported the creation of new interfaces for the wide array of stakeholders who use Uniswap - from DAOs to sophisticated LPs to complete beginners.

Many interfaces focused on pro users, include:

UGP has also supported the development of tools for beginners and general retail users, such as:

Developer tooling was by far the most popular category for funding, with 29 grants. These mean that developers can choose amongst a wider variety of programming languages to build projects on top of Uniswap and use tailor made tools for quicker implementation and testing.

Some of the tools built include:

We celebrate the success of all UGP grantees, not just those highlighted above. Any success that the UGP enjoys is only because of their hard work and ingenuity.

Over the past year and a half, we have also learned that there is still a tremendous opportunity to better support Uniswap. As we consider the next iteration of UGP, we believe we have to grow beyond providing grants, and build out infrastructure that can better empower, grow, diversify, and adapt to the ever changing needs of all Uniswap community stakeholders. This may take the form of a larger grants program…. or a Foundation 👀

Thank you to everyone who has supported UGP over the past year and a half. We would not be here without you, and look forward to continuing to collaborate in the years to come!

Special thanks to Jesse Walden, Fede, YJ, Boris, Lawrence & the OmniAnalytics Team, and especially Devin Walsh for your help in creating this Retro. Also shoutout for Sovereign Signal’s deep dive into UGP last week, which serves as a great complement to this report - check it out here!