Towards a Decentralized Autonomous Type Foundry Part I

I've been trying to write something about this for the past few months but I haven't been satisfied with my attempts to articulate the ideas in my head.

So, rather than letting my thoughts grow stale perhaps I can start by posing a question: 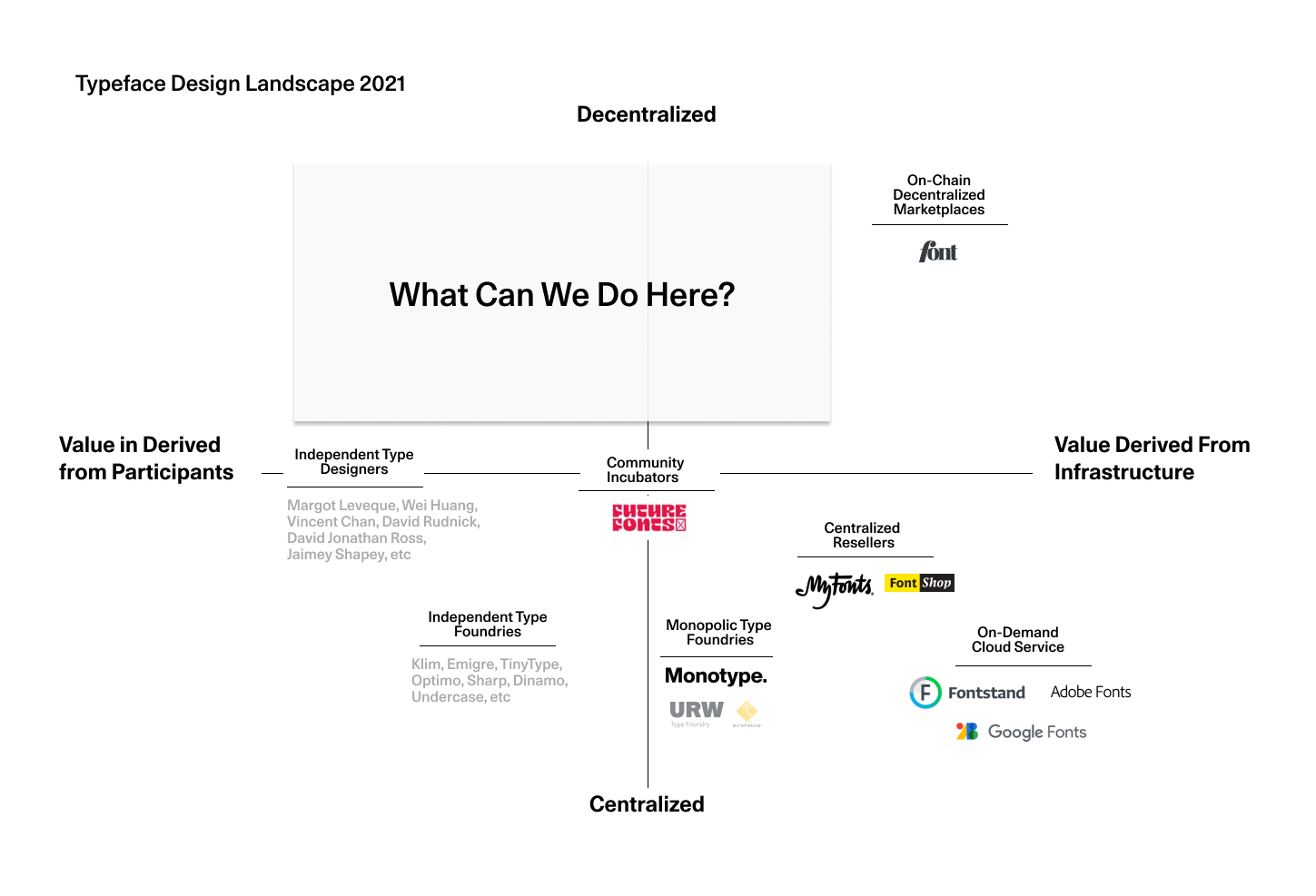 It's not a whitepaper—but it's a signal of sorts. I know for a fact that I'm not the only person thinking about this. This is a flag that I'm planting with hopes that likeminded people would see it at a distance and respond.

A tapestry of emerging technologies are coalescing to form the next generation of the web that will have a shockwave effect on multiple industries. What implications (good, bad, hypothesized, actualized) do Web3 and blockchain technologies have on the practice of designing and distributing typefaces at large?

What are opportunities ahead of us that:

I'll start with that for now.

While You're Waiting: Some Further Reading

A Beginner's Guide to DAOs

Creator DAOs: An OS for Participation

Digital Social Contracts: A Foundation for an Egalitarian and Just Digital Society [PDF]

Special Thanks to Eugene Angelo, and the rest of FWB for all the conversations leading up to this.

Recommended Reading
The Translation of Finance: The Midpoint between Robinhood & RunescapeLink3: A Web3 Social ApplicationWeb3 strategists should learn from social media.