Decentralized exchanges have created tremendous value over the past few years, with DeFi TVL exceeding $200 billion. This value is carried out with decentralized blockchain smart contracts. Since 2020, DeFi has seen an explosion of various economic models, with TVL rapidly expanding from billions to hundreds of billions of dollars. However, DeFi's performance and user experience have not improved. Also, performance, gas fee costs and user experience has become a major challenge for blockchain scaling.

Arweave and SCP (Storage Consensus Paradigm) bring a new solution to performance, gas fee cost and user experience. everPay, based on SCP, features real-time token payments that deliver 10 million transactions while unifying the transfer experience across different blockchains into an experience closer to a traditional payment method. Both users and developers can get a cheaper and more efficient on-chain experience. On top of the Arweave and everPay protocols, we created the Permaswap Network to provide DeFi users faster transactions, lower costs, and a better overall user experience.

Using AMM technology, the Permaswap Network is a fully decentralized, distributed P2P trading network that is infinitely scalable while effectively being protected against MEV attacks.

The Permaswap network will operate as a DAO and evolve in four phases, gradually moving from limited node coordination and management to multi-node community governance, as described in the "Roadmap" section.

The Arweave ecosystem is growing rapidly, with more and more projects choosing to develop on Arweave. The number of well-known projects has expanded from single digits to double digits. With a variety of project types and different design patterns than the ETH ecosystem. The Arweave ecosystem compared to Ethereum is like Ethereum versus Bitcoin: Ethereum is a global computer that supports Turing-complete on-chain computing and can develop financial applications that Bitcoin cannot. Arweave goes a step further by providing a permanent, immutable, and traceable data source, allowing for a much more diverse set of applications than Ethereum.

Developers can use SmartWeave or SCP to create innovative WEB3 applications cost-effectively and quickly. These applications have the ability to scale massively, but for now assets are not as flexible and composable as on EVM blockchains. The main reason for this lack of composability is that the Arweave’s infrastructure is still inadequate; the most needed facility is a decentralized exchange that provides liquidity for projects.

Permaswap’s primary goal is to provide a decentralized exchange service for Arweave ecosystem tokens and activate the liquidity of those tokens. At the same time, everPay is a multi-chain Layer0 financial infrastructure. Using everPay to pay for Permaswap transactions makes Permaswap a multi-chain but more importantly a cross-chain decentralized trading network.

Permaswap Network is a fully decentralized P2P network where LPs in the network are peer-to-peer self-hosted accounts and assets are self-managed by the user's private key. Any individual or institution can deploy a program that conforms to the network protocol to provide liquidity in the network. The nodes in the network perform price calculations and build peer-to-peer orders in a distributed manner according to protocol rules, which makes the network censorship-resistant and scalable; this can provide trading services for tens of millions of users.

Compare traditional on-chain AMM and Permaswap with the following chart: 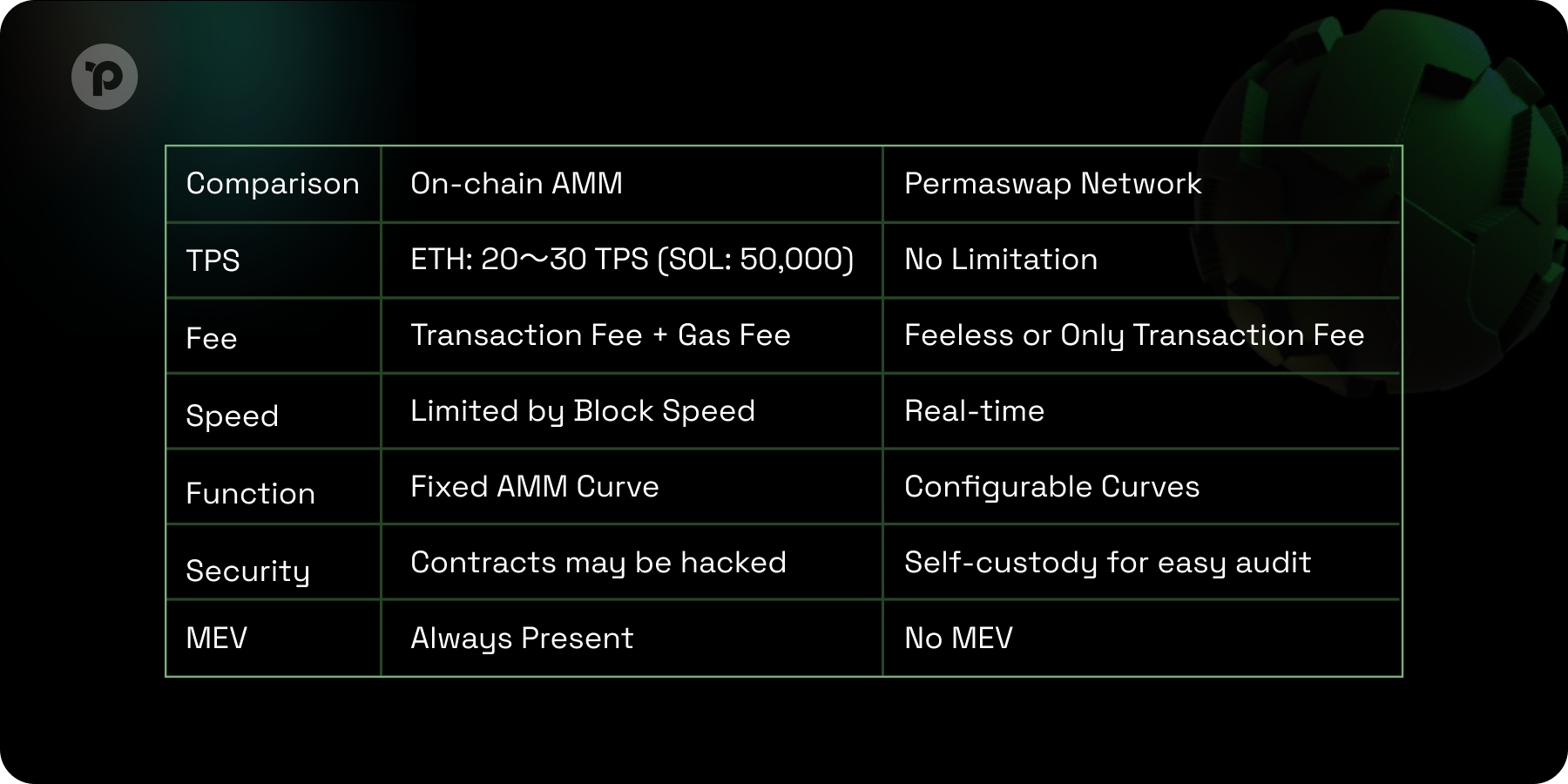 Permaswap Network consists of two types of nodes, Router and LP. The Router is responsible for price aggregation and order generation, while the LP provides asset liquidity to the network.

By staking PSN tokens, any individual and institution can be a Router node.

Within Permaswap, LP information can be shared among multiple Routers, the mobility of a single LP circulates throughout the network.

The LP node is an automated quoting program that injects keys and uses a specific AMM model. The operator of the LP node needs to set up quoting curves and intervals for the LP and inject matching funds into the LP. All this information needs to be registered with Router.

When the LP is registered on Router, the LP has to sign the orders distributed by Router according to the protocol rules of the registered information. Failure to sign correctly will result in forfeiture of a portion of the staked tokens. When the PSN staked volume falls below a certain threshold, LPs would be retired by the Permaswap Network.

LPs can stop market making at any time, but must submit a cancellation request to Router. The cancellation eliminates the need to be quoted in accordance with the agreed information and allows the cancellation of the PSN staking.

With Permaswap Network, Router nodes are free to choose a specific AMM model, and LP nodes choose to join the corresponding Router node based on their own risk preferences and capital volume as well as make markets with the Router node's AMM model. In the future, the Router node can also choose the transaction aggregation algorithm, the AMM model will freely be chosen by the connected LPs. Eventually, the Router will be able to aggregate LP quotes connected to this node and other Router nodes in the network to provide users with the best prices. 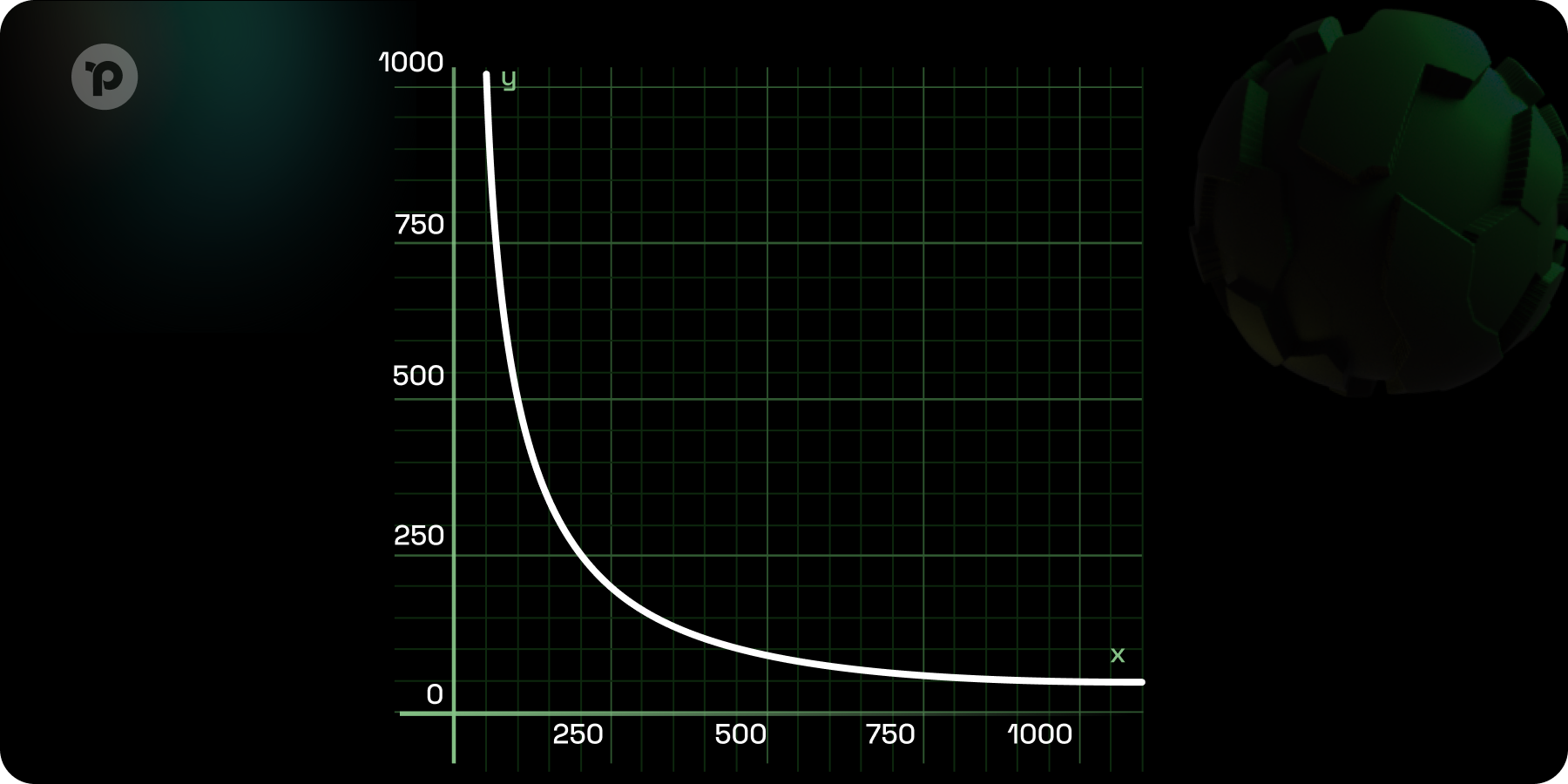 The Router node currently uses a constant product AMM model for market making in a specific price range. LP nodes can select multiple price ranges for market making and can submit both liquidity as well as price movement directions for the corresponding price range as parameters to the Router. In response to a user's trade request, the Router uses the following formula for a specific interval based on all connected LP nodes.

The calculated offer will generate swap paths for a user and multiple LPs, this will be converted into everPay bundled transaction orders to be distributed to the user. Once the user signs the order, the Router immediately notifies the LP to sign it. The Router aggregates a multi-party signed order and sends it to everPay for real-time execution to complete the transaction.

Since the Router is not bound to a specific AMM model, the Permaswap Network will be an automated trading network with multiple AMM models.

MEV exists because of the uncertainty of block packing and the delay in transaction sequencing. In order to improve the efficiency of correct order executions, in the case of block packing uncertainty, DEXs such as Uniswap provide the ability to set slippage during the exchange process. Transactions with slippage are listened to by MEV Bots after entering the mining pool, causing users to lose the slippage spread.

Permaswap will issue PSN tokens to guarantee network stability and a decentralized governance.

With the Permaswap Network, being an LP node earns you market making revenue and a PSN token reward for liquidity mining. However, we cannot guarantee that every LP node is a trustworthy node without potential forfeiture of tokens as a punishment mechanism, and that LP nodes will always offer and sign correctly according to the protocol. For example, if a malicious LP node offers a very good price to Router but refuses to sign, this behavior will lead to a decrease in network availability. To guarantee network availability and provide stable and reliable trading orders, LPs need to stake PSN tokens when they first join the network. The staked PSN tokens from the LP nodes that refuse to provide signatures in bad faith will be forfeited, and when the number of PSNs falls below a threshold, the node will be forcibly removed by the network.

Router nodes can extract transaction fees within the network, there should be a reasonable fee guideline in the network, and Routers need to follow the protocol guideline for order aggregations and fee extractions. At the same time, Routers need to share LP information with each other to allow users to get the best offer in the network. When a Router fails to interact according to the network protocol and maliciously provides incorrect LP information to another Router, it can lead to reduced availability of the network. That being said, Routers need to stake PSN tokens, when Routers violate the protocol, the staked PSN tokens will be forfeited. when the amount of pledged PSN’s from Routers fall below the threshold, the node will be forcibly removed by the network.

PSN will be used for a variety of governance functions, such as network protocol adjustments, feature upgrades, voting backed by the token, etc.

Router nodes can add additional fees when aggregating transactions in the network. A portion of that fee will be used for a token buyback. Those buyback tokens will go into the ecosystem fund. Router nodes will not set specific fees in the early stages of the network.

Permaswap Network is a high-performance exchange network serving WEB3 and the PSN token will also be used in more community scenarios such as forums, Discord, etc. in the WEB3 ecosystem. 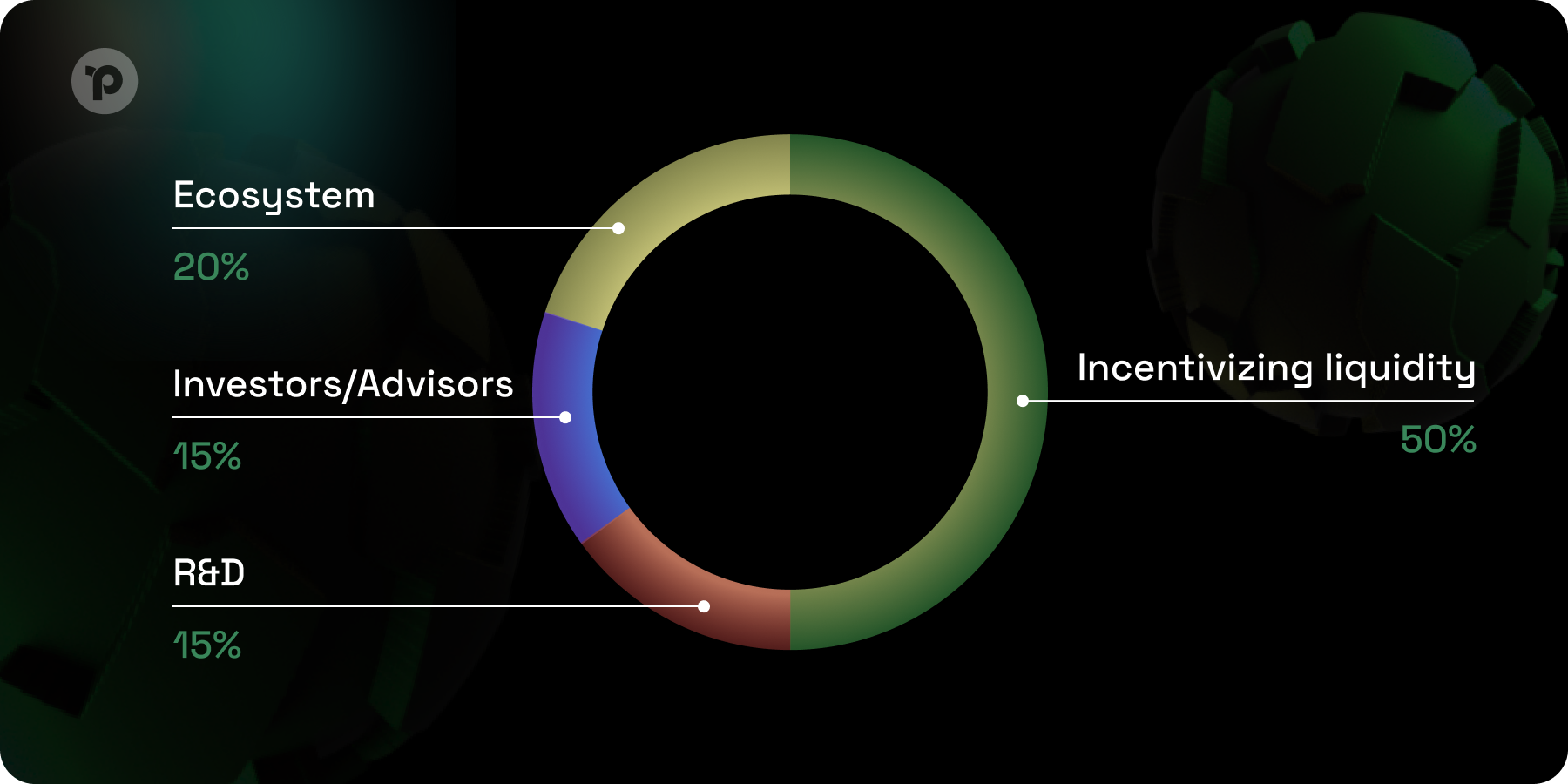 To secure the launch of the Permaswap Network and create sufficient liquidity, 50% of the tokens will be distributed to the community through a mining mechanism. Liquidity mining is divided into two phases: cold start and community governance. During the cold start phase the mining pool rewards will be determined and provided by the core developer team. Once the tokens have a certain level of liquidity, the mining pool rewards will be determined by community voting.

Precursor Network is a prior version of Permaswap Network that enables a fully de-trusted transaction network. On this network, nodes do not need to trust any party to perform peer-to-peer atomic exchanges.

There’s only one Router node and a limited number of LP nodes. They’re composed of everPay designated NFT (Ticker) holders. LP nodes can be mined for liquidity and rewarded with tokens. However, the tokens are not transferable on the Precursor network.

Forerunner Network will complete permissionless node entry. Any individual or institution holding PSN tokens can join the Forerunner Network by staking PSNs and becoming an LP node in order to provide liquidity to the network.

The Forerunner network will conduct PSN airdrops to start PSN liquidity mining, PSN will then officially be in circulation.

The Prophecy Network will start the decentralization of the network, with a limited number of Router nodes acting as the network hub. Individuals or institutions with NFTs will be able to enter the network as Router nodes.

Permaswap Network will then become a decentralized trading network governed entirely by DAO.