Update: $BOUNTY crowdfund has been fully funded. Thank you to all contributors and supporters. We are currently coordinating a candidate search to hire the bounty developer and we are grateful to have the Mirror team assisting with technical evaluation of candidates and submissions.

If you think you are the right candidate please email us at themintfund@gmail.com.

Reserve auctions have seen significant traction as a mechanism for selling NFTs, but they have typically been limited to proprietary marketplaces. MintFund's mission is to expand opportunity for artists hoping to break out into the crypto art scene. Part of that mission is providing open access to best-in-class tools that artists need to thrive.

Today, we're launching a Mirror crowdfund contract to create a bounty for a talented Solidity developer to implement a robust and completely permissionless version of reserve auctions for NFTs. Unlike the previous $ESSAY and $VALUE campaigns, the output of this bounty will be written code instead of written text. 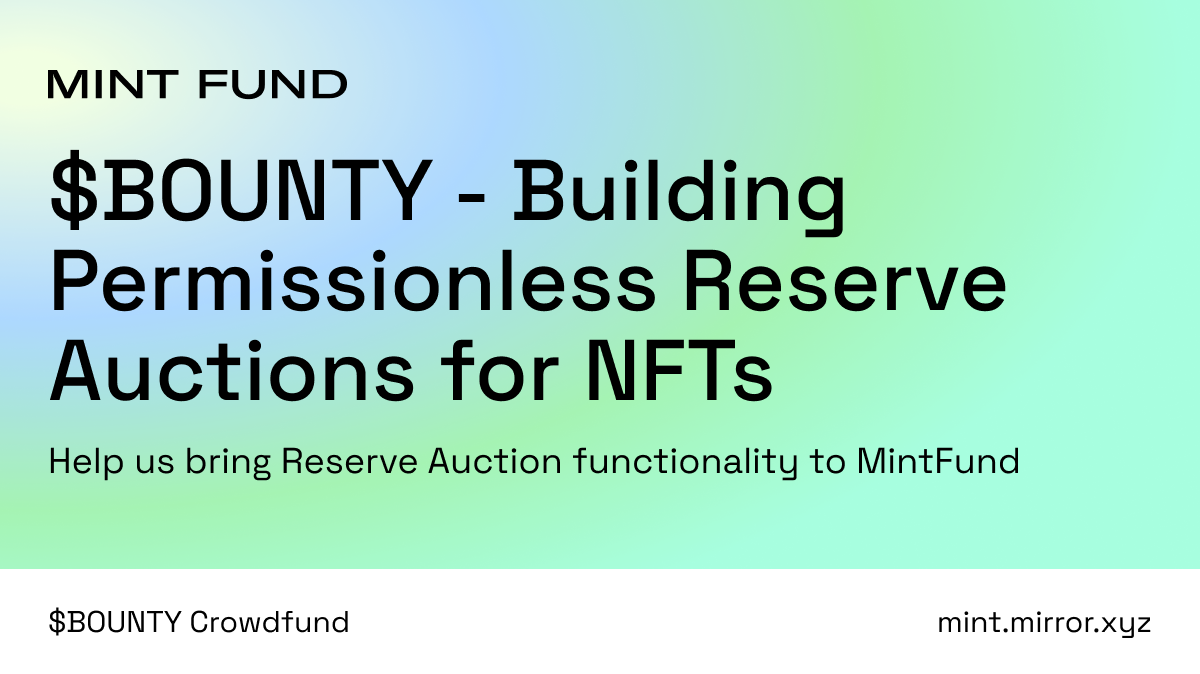 25% of $BOUNTY tokens will be retained by MintFund and 5% will go to the developer, the remaining 70% will be distributed to $BOUNTY backers.

The Power of Reserve Auctions

Since the advent of NFT transactions, reserve auctions have seen significant traction as a mechanism for selling NFTs. The hype, the intrigue, and the status involved in a singular moment in time where everyone's eyes are fixed upon a particular drop provides a narrative for all the artists who have sold work. Reserve auctions become a tool to connect both artist and collector, a story for communities to rally around—news to be told to the masses. They are a spotlight and turning point of an artist's career in the cryptosphere and we want to bring it to every artist. Reserve auctions started on SuperRare and have moved to other marketplaces such as Nifty Gateway. However, with a platform like Zora the permissionless nature of the zNFT smart contracts allows anyone to extend the bidding protocol, making it a great fit to add a reserve auction extension. 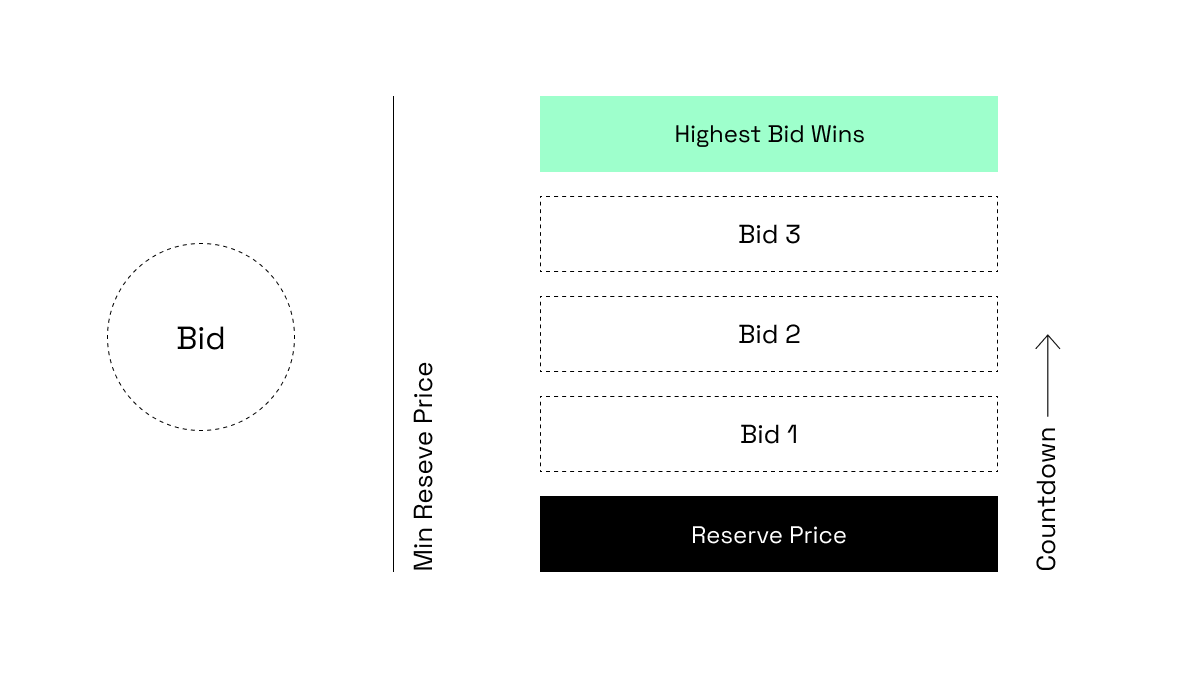 We believe that building the tools for creatives to push their best works unfettered by cost, access, and exposure yields the next generation of mind bending work and an ever growing community of shared talent, spirit, and wealth. MintFund is dedicated to giving all communities, with emphasis to BIPOC & LGBTQIA folks, the means to take cryptomedia / NFTs by storm and move culture along with them. We recognize that the key to achieving our goal of launching life-changing creative careers on the blockchain is threefold:

About the Bounty / Scope of Work

Each Auction is described by the following data:

This initiative, if executed successfully, will not only give new rise to creatives, but create a pipeline to mint their NFTs and expose them to the greater communities that have rallied around MintFund and our growing list of contributors and partners.

MintFund is a community project created with the sole purpose to build a support network for artists interested in bringing their art into the world of NFTs/cryptomedia. MintFund provides artists with the funds to mint NFTs (known as gas costs), and offers guidance, mentorship and advice for the growing community of cryptomedia artists. MintFund is accessible to all artists and we prioritize BIPOC and LGTBQIA+ artists, especially outside of North America and the European Union.

Recommended Reading
Relay Robot 🤖🚀veDAO Daily News 02/04/2023The ruins of the Anthropocene in the art of Nicola CareddaSeeking a Revamp of the Concept of DAO Answering 20 questions from investors: The past, present and future of Weirdo Ghost GangThe first Constitution of Nation3 has been ratified🚀veDAO Daily News 02/03/2023V2 Futures Alpha UpdateFriday Feb 3. 2023Link3 Growth Incentive Program