EulerFinance: Borrowing the big energy of the small and medium physique on the track

In the Euler Finance information update, the team revealed that its internal quantitative analysts are further improving Euler's risk framework.

At the same time, Euler's fifth audit is also in progress.

It can be seen that in order to prevent being affected by the frequent large-scale hacking incidents in the second half of 2021, Euler has always maintained a rigorous and responsible attitude towards its own security.

Next, we continue the content of the first part and introduce you to other aspects of Euler's innovations. 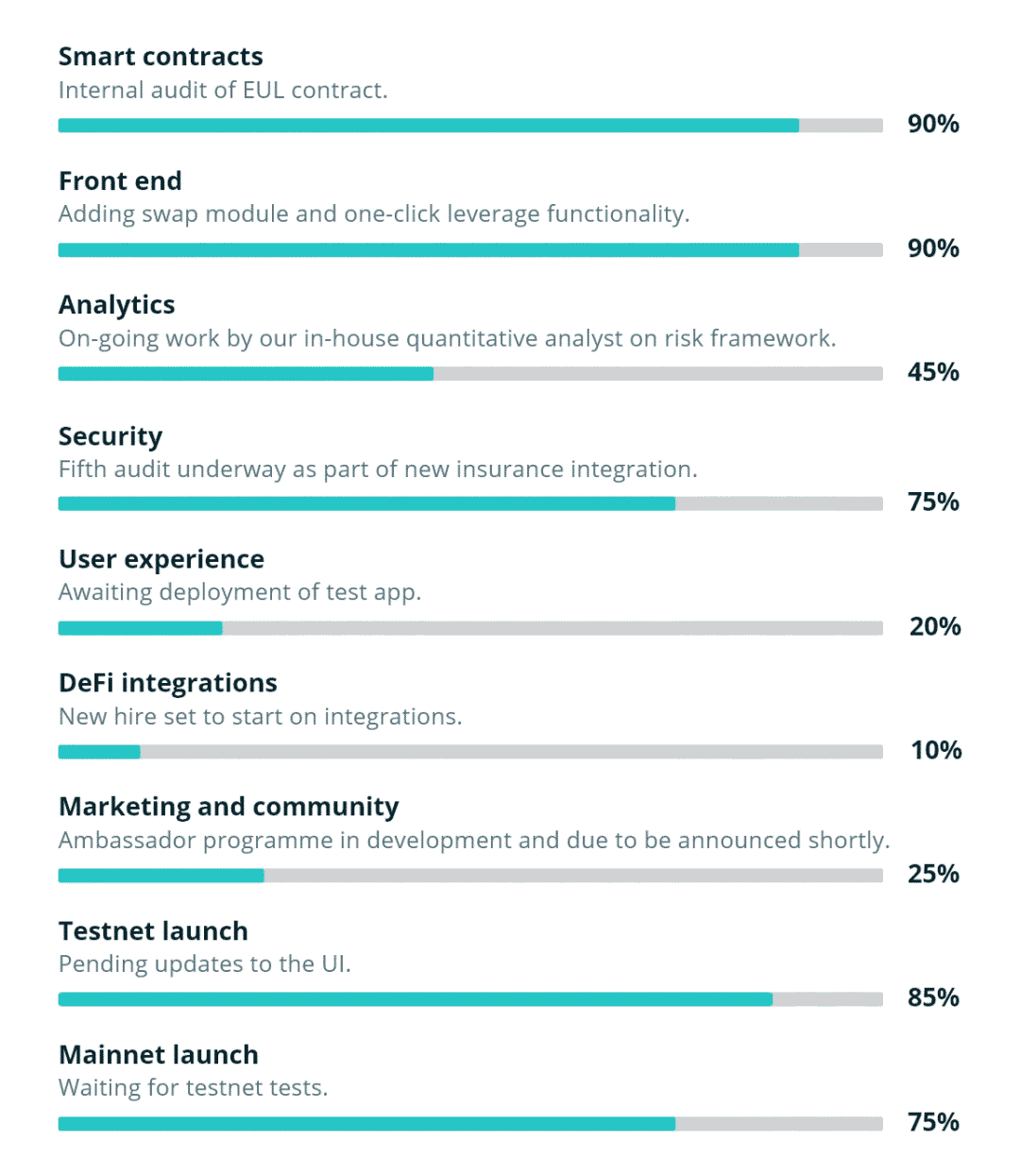 Euler has also made many innovations in liquidation. In its liquidation model, Euler adds the value of the borrower's debt assets, and considers the combination of mortgage rate and borrowing rate to customize its exclusive liquidation threshold.

In addition, in terms of resistance to MEV, Euler used classic Dutch auctions and set up a "discount acceleration mechanism" for lps (liquidity providers) to strengthen the shield.

The basic liquidation discount starts at the level of the fee and is therefore ultimately paid by the offender.

On this basis, more volatile assets that usually lead to more liquidation tend to accumulate reserves at a faster rate than less volatile assets, which helps protect loans to such assets people.

In addition, this fee can ensure that "self-liquidation" is always a net negative value, which increases the profit margin that some uncompliant and unethical manipulation strategies could have achieved.

Before introducing this method, let's add a bit of knowledge about miner extractable value (MEV).

MEV refers to a measure of the profit obtained by miners through the ability to arbitrarily include, exclude, or reorder transactions in the blocks they produce.

Based on the principle that every transaction in the Ethereum network is open and transparent, the following types of "attacks" that affect normal traders' transactions will appear in the network:

Front-running: Refers to making a profit by placing a transaction before the target transaction (the attacked transaction) in the same block; it often occurs in clearing and arbitrage transactions.

Sandwich Attacks: This method is a combination of the above two forms, allowing the attacked transaction to be caught in the middle of two specific transactions "forged" by the miners for profit.

The sandwich attack greatly expands the range of attacks that miners can attack by virtue of their familiarity with the transaction sequence through the "front and back attack". Even an AMM transaction on an ordinary decentralized exchange may become the target of the attack. .

The method is: the attacker first opens the first "pre" transaction in order to create huge token price fluctuations, and then executes the second "post" transaction immediately after the execution of the attacked transaction, in exchange for the token that launched the attack to gain profit.

Examples are as follows:

If the liquidator Bob can make a profit with 4% of the proceeds in a liquidation, the liquidator Alice may be able to grab the auction from Bob at a lower discount price (for example: 3%) through various means.

Those who accept the lower discount price first will have priority in obtaining the right of liquidation.

In addition, Euler also provides another safeguard for liquidators:

Provide a discount booster for LPs, which allows them to conduct Dutch auctions at lower prices for arbitrage before miners rush away.

To ensure that bad debts are minimized under extreme conditions, the Euler team will stress test the liquidation scenarios by simulating the long-tail risk events of individual assets and asset portfolios to estimate the risk of bad debts. 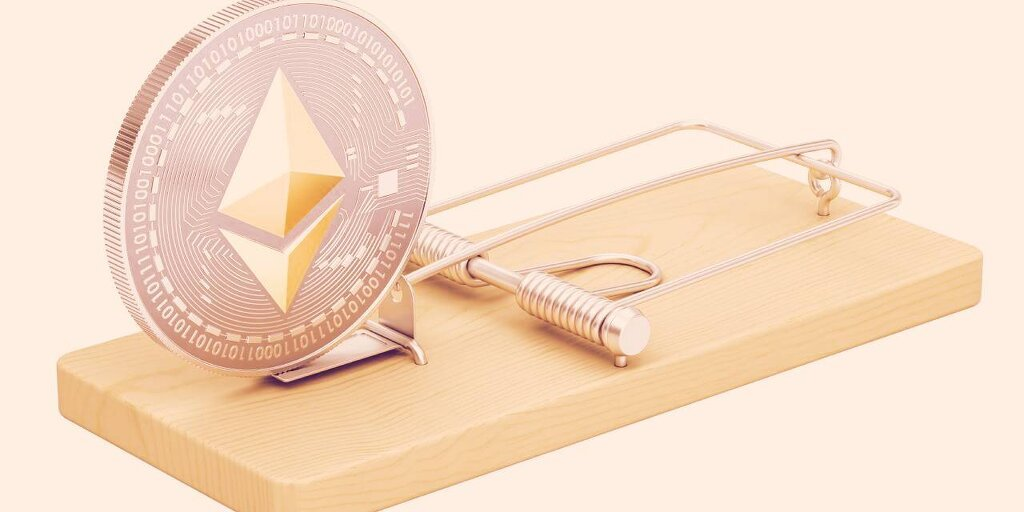 Examples are as follows:

If the index list of the agreement shows that the token jumps from 250th to 30th and can maintain that position for a long enough time, the team will simulate activities to check the share of bad debts in total loans under different borrowing factors, so that the team may The borrowing factor will be increased from 0.28 to 0.35.

It is also possible to simulate a more complex environment, using 50 tokens from below quartiles as borrowed assets, and under high volatility, 4 mortgage assets (including 3 time-tested and 1 proposed new Mortgage) unified support.

By simulating tail risk scenarios, the team can assess the worst-case scenario of the agreement and decide whether it is appropriate to include collateral assets.

In Euler's white paper, the token economic model and community governance have not yet been supplemented. According to the existing information, we can currently know the following contents: 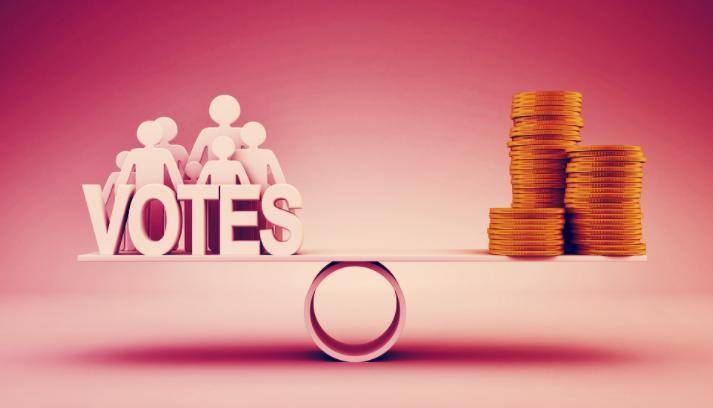 The Euler protocol is also based on the traditional DAO governance method, and long-term management is carried out by a community composed of the holders of the original token of the Euler (EUL) protocol.

As a voting right, EUL can be used to propose an upgrade agreement or vote on other people's proposals; EUL holders can directly vote on the proposal, or delegate the vote to a third party.

EUL holders can finally vote on the following matters:

The Euler vault will also be managed by EUL holders.

Part of the treasury will initially be locked and used to assist the agreement when problems such as funding difficulties arise in the agreement.

The remaining funds will be allocated to agreement users (lenders and borrowers), those who provide guarantees for the agreement (pledgers), and other contributors to the Euler ecosystem (grant recipients).

The ultimate goal of Euler Treasury is to transfer control of the agreement to all stakeholders.

In order to encourage developers to build on Euler and help integrate it into the wider DeFi ecosystem, a portion of Euler funds will be allocated to the Euler Grants program.

The purpose of the grant is to promote the development of Euler by establishing a community-driven DAO culture.

Blockchain, Bitcoin, business monetizationEulerFinance: Borrowing the big energy of the small and medium physique on the track